A Letter from a Bill Collector 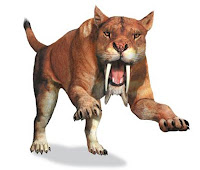 Last week our church received a letter from a bill collector saying we owed Gulf Power $2700.00. A little background…

When our church was under construction, an electrical contractor (GREG WILLIAMS ELECTRIC) who was working for our General Contractor, (Danny Cobb Construction) damaged a telephone pole behind the building and burned up a transformer. This happened in July of 2006, which was before we took possession of the building and while still under the auspices & supervision of the General Contractor. It was their responsibility to pay for this damage at that time, which they said they would do. Three months later, in October, we took possession of the building and shortly after we moved in received a letter from Gulf Power asking for payment for the damages. I then went a second time to the General Contractor, who in turn told me he would contact the sub contractor (GREG WILLIAMS) and get this matter resolved. I was told for the second time it had been paid. About a year later, we get another letter. I go through the process again, this time talking to the electrical contractor myself and he assures me that the matter has been taken care of.

So last week we get yet another letter, but this time from a collection agency who is demanding payment from Pace Community Church! Well, I’m about ready to go ballistic. Here it is, 2 years and nine months later and the matter is still not resolved, nor has the bill been paid. All this after the man has personally told me that it has been paid – not once, not twice, but three times! I mean I am ticked. I’ve been lied to and now it appears we are going to be responsible for paying this fee ourselves. I’m thinking, okay, if we have to pay this to maintain our good reputation, we will. But we will take this guy to court and get reimbursement. With arms flailing, I am pacing up and down the admin hallway talking about this guy and what I'm going to do to him. I mean, I'm about to pop a gasket.

She offers to give it a try. Gene says to her, "sick em, tiger." So Renae calls GREG WILLIAMS ELECTRIC last week... and the man won’t take her calls. The office receptionist gives Renae a different story each time she calls, i.e., "He’s out in the field. He’s in a meeting. He’ll call back tomorrow.” This goes on for about two days. Eventually Renae has all of this she is willing to put up with and last Friday tells the person on the phone how underhanded and sneaky Mr. Williams is acting, not to mention his poor business practices. She also tells this messenger of Mr. Williams that she has no confidence in what he is saying especially given the fact that he has said so much in the past that turned out to be untrue! She further informs his office that if he does not return her call by Tuesday of next week (today) that she will be sitting in his office Wednesday morning.

As of today, Greg Williams still has not called back. So Renae takes it to the next level. She contacts Gulf Power and the collection agency and apprises them on the situation. Gulf Power looks in their files and finds recorded notes in which they had spoken to Greg Williams in July of 2007, verifying that his company was responsible for this charge. Gulf Power then assured Renae that PCC is NOT responsible for this bill, and would not be bothered with it again. Furthermore, Greg Williams Electric would be turned over to the collection agency for billing and they would now deal with him. Any legal action will be focused on GREG WILLIAMS ELECTRIC. Finally, Gulf Power stated that their company would send us written verification (documentation) absolving us from any responsibility in this matter.

Sometimes people say churches should not operate like a business. Okay. On the other hand, sometimes you have to take care of business. If this wasn't handled "as a matter of business" somebody would have received $2700 dollars of free money from Pace Community Church - which is unacceptable.

on April 21, 2009
Email ThisBlogThis!Share to TwitterShare to FacebookShare to Pinterest
Labels: Church, Staff