The Simplicity in Christ 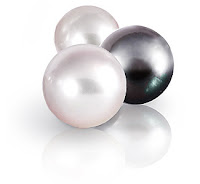 But I fear, lest by any means, as the serpent beguiled Eve through his subtlety, so your minds should be corrupted from the simplicity that is in Christ (2 Corinthians 11:3 KJV).

When Paul spoke of the ‘simplicity that is in Christ’ he was speaking of the uncomplicated and unambiguous nature of Christianity. It’s plain, simple, and clear for all to see & understand. Just stay on the main track and you’ll never get sidetracked and go off the deep end.

All of theses are distracting issues that have nothing to do with the central essence of Christianity. Yet some people seem to be bent in pursuing them. Why, I will never understand.

You can lose the simplicity that is found in Christ when you get caught up in some of the fascinating aspects of Scripture, looking for hidden meanings or special insights (that are never there). This is very dangerous ground.

The Corinthian believers (to whom Paul wrote this letter to) were being assaulted by teachers who were exposing them to things that caught their attention and captured their fancy, but were drifting away from the central point. They were engaged in fascinating philosophies (or side topics) that had a basis in God’s Word, but went off the central theme to rabbit trails of thought. They were being challenged with certain ego-appealing topics (and experiences) and believed that if they could only grasp them, they would feel great, wonderful, and so God-possessed.

In the same way people today are invited to explore strange and wonderful mysteries (that have a basis in the Christian faith) but tend to move people away from ‘main thing.’ This leads to a misguided, if not shipwrecked, faith. Thinking themselves to be wise, they have become fools. In truth, the only authentic & legitimate 'God Centered Theology' is the one that maintains its focus on Christ and the simplicity found therein.

"Ever learning, and never able to come to the knowledge of the truth" (2 Timothy 3:7).

The apostle Peter wrote that some people “wrestle with the scriptures to their own destruction” (2 Peter 3:16).

When I was new in the Lord, about two or three years in, I was speaking to an elderly man of God who said something that still resonates with me to this day. He said, “If the devil can’t get you by backsliding, he’ll try to get you by going too far… off the deep end.” I have seen this happen to hundrends and hundreds of people over the years with tragic results.

When people tell me they are wanting to go "deeper" in God, I always tell them to simply learn & obey the Greatest Commandment (Matthew 22:36-40) because you can't get any deeper than that. You could spend the rest of your life mining its depths. In fact, Jesus said the ALL of the Old Testament Law and Prophets HANG on these two commandments.