Does Everything Happen for a Reason? (3) 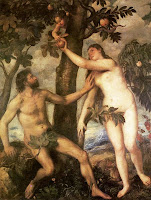 Those who assume that God’s fingerprint is on everything that happens fail to distinguish between what God allows and what God causes – what God permits to happen and what God prefers would happen. The Bible is very clear that there are a number of scenarios where the dark trials of our lives have nothing to do with God’s wonderful plan for our lives.

SELF-INFLICTED WOUNDS: Sometimes the trials and hardships we face are the direct result of sinful choices we make. That’s none of God’s doing. That’s our doing.

I know a Christian family who lost their home because their excessive debt was eating them alive. They took out a loan on a house they couldn’t afford. Frankly, they got it by lying. They overstated their income when they applied for the loan. “Everybody else is buying a big home, why not us?” they thought. Then when the economy began to worsen and their money was stretched too thin to make the payments, a friend told them not to worry. They were in God’s hands. He would not let them down.

It was false comfort. It was misleading.

The family had lied. It caught up with them. Everything fell apart and they lost it all. They were devastated because "God didn't come through." God, indeed, had something better in mind for them. But it wasn’t a bigger house. It was honesty – telling the whole truth even when it was inconvenient. Having failed to live up to God’s Plan A, they were now forced to live with consequences of Plan B.

LIVING IN A FALLEN WORLD: Sometimes things happen simply because we live in a fallen world. We are all caught in the backwash of Adam’s sin. It is unavoidable. It is universal.

It’s not a coincidence that the first story in the Bible right after the fall is the story of a BAD guy KILLING a GOOD guy – Cain killed Able. That’s what happens in a fallen world. Bad people do bad things and good people often get hurt. That's not God's doing. It's Satan's.

Then there is NATURE. If you haven’t noticed, Mother Nature has been in a bad mood ever since Adam and Eve ate the forbidden fruit. Just follow the news for a couple of weeks, and you’ll find plenty of examples of random and malicious destruction somewhere in the world with innocent people suffering.

And don’t forget MURPHY – that is, Murphy’s Law. Also unleashed at the fall, this first cousin of Mother Nature shows up uninvited (but with regularity) just to mess things up. Adam knew him as weeds, thorns, and thistles in the Garden of Eden. We know him as the reason why the other line always moves faster; why whatever can go wrong will go wrong; and why the later we are for work the more traffic lights we’ll get stuck at. Murphy’s Law is not God’s emissary. He is Adam’s legacy.

FOOLISH DECISIONS: There’s another reason why bad stuff happens to us. Sometimes we make foolish decisions – not sinful ones, just dumb ones. We’ve all been there. Either we failed to check out all the facts or we act impulsively. When we make boneheaded decisions, bad stuff usually follows.

It is ludicrous to blame God for these choices of ours or to assume that He will jump in and fix every idiotic decision me make. In fact, the Bible calls such thinking foolish.

The good news IS NOT that God promises to keep us from making bad decisions or to fix whatever we break. INSTEAD, it’s the promise to continue working for our eternal good no matter how many dimwitted judgments we make along the way.

There are more scenarios which demonstrate that the dark trials of our lives have nothing to do with the direct action of God, or have nothing to do with God’s wonderful plan for our lives - but these three examples are enough to make the point. Sometimes life just happens – it’s not what God prefers, but it is what He permits. When it comes to the consequences of the fall, we are not offered immunity. We’re offered eternity.

on November 20, 2009
Email ThisBlogThis!Share to TwitterShare to FacebookShare to Pinterest
Labels: Devotional, Sovereignty

You are absolutely dead on with this one. I try to teach my children that every decision they make has consequences and that they need to pray for God to give them wisdom and guidance so they make the righ decision. They also need to understand that what God reveals to them may not be the wisdom or guidance they want to hear and if they choose not to follow God it will usually not turn out good.

Lou,
That’s a good thing you are doing – teaching your children that way. The wisdom of God is foolishness to man.

Myself, I have really come to understand how much God lets us live the consequences of our choices. There are no magic wands. While it is good to know that God is there to help us when we make a mess of things, it’s much better to live in obedience to Him and get it right the first time through.