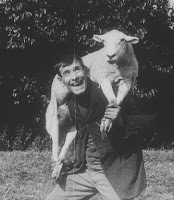 It is profoundly arrogant for anyone to assume that they or their church is one of the few in God’s kingdom whom Jesus has selected as the fountain of truth, giving them giving them permission to pilfer other churches and steal sheep. Such an attitude reveals not spiritual depth, but incredible shallowness and carnality. What bloated egos.

Seminary students are often such dreamers. They pledge to be honorable when they enter the ministry and promise to never build on another mans foundation. But after graduation and in the real world of budgets, sagging attendance, lack of conversions, no baptisms, and a need for volunteers, these dreamers soon forget about such lofty notions. It’s easier to steal sheep from other churches by soliciting the already saved, and then justify that cowardice in the name of leading them to truth. That’s how these thieves maintain honor among themselves. Like David in the passage above, they justify in themselves what they condemn in others.

Justification is the MOTHER OF ALL SIN. It inspires a logic that bends biblical boundaries, conforming them to our own wants. In this land of half-truths, God’s truth is distorted with semantics. The graves of Adam & Eve can be found here.

For failing church leaders, easy numerical growth through sheep stealing is a powerful intoxicant at justifying personal sin and the betrayal of brothers. It impairs sound judgment and makes them vulnerable to anything that will help them achieve success. Sheep stealing is wrong, no matter how you slice or dice it. HOW a church grows is what matters – especially when Biblical principles are being compromised to achieve it.

Hard working pastors and church planters who sacrificially labor to lead the lost and un-churched to Christ rarely find any merit in the pompas talk of these theorists who love to pontificate about the ministry; yet are failures in the ministry. Oracles from these empty wells ring hollow.

Transfer growth, by definition, creates no new converts, no baptisms, no increase of the knowledge of God in the earth, and no salvation fruit. It simply gathers the already-saved and relocates them. It is a reshuffling of the deck. Sheep-stealers target Christians from other churches. They avoid the messy business of evangelism (of sinners) and discipleship (of new converts) by raiding the pews of other churches. All they have to do is simply convert these stolen sheep to another style of worship or doctrinal beliefs. Is that kingdom advancement? No it's not.

The motivation for sheep-stealing has much to do with the ease and fast results of attracting the already-converted to a new church home. Building a church on true conversions takes time, energy and resources. Even when these efforts are successful, it often takes years to develop a disciple. How easy it is for a sheep-stealer to come along and simply pluck such a person from a another flock; the work is already done and it produces positive results and immediate assets the new church. It is fast and efficient; it graphs well and looks good on the church’s end-of-year report.

The longer I think about sheep stealing and those who deliberately engage in it, the more I am convinced that this practice is not energized by God’s Spirit, but by God’s enemy.

on December 29, 2009
Email ThisBlogThis!Share to TwitterShare to FacebookShare to Pinterest
Labels: Sheep