Confessions of a Church Planter (Part 3) 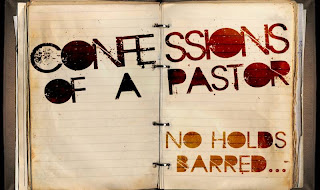 All Hell Breaks Lose
Church work always involves spiritual warfare and demonic attacks. But there are certain seasons that are more intense than others. By the fourth year at PCC I was neck deep in it and all hell broke loose.

I had naively gathered people into our church but was not discerning enough as to who would be allowed to attend, lead, or influence others. Just as I thought things were coming together, things began to come apart; heretics were seeking to hijack our gospel; trouble makers were trying to hijack our mission; church controllers were trying to take over leadership; and lazy consumer types were a drain on the church’s resources. I painfully learned the importance of evaluating people properly.

There were times when I was not sure our church would survive. Other churches in the area were criticizing us for meeting in a school, and nutjobs inside our church were threatening our very existence. Our reputation was being hurt in the community. And the soft church people from our core group started to wilt under the pressure.

I hit a particularly low point when a few families began leaving us. We had invested hundreds of hours in these couples and their children, going back to the beginning of PCC. I had been with them in crisis, in sickness, officiated at their weddings, baptized their children, led them to Christ, assisted in their spiritual formation, and had been into their homes as well as they being in ours. Renae and I considered these people to be friends until they began telling us why they were leaving. They complained that since the church had grown and things were busier now, my wife and I had become less available to them.
Renae and I were both working full time jobs on the side because the church could not afford to pay me a full time salary, and we were both volunteering more than forty hours a week to the church. Being rejected by these friends felt like a punch in the gut.

We were stunned, and hurt. We needed couples like this to help the church survive, not jump ship because my wife or I could not drop everything to take them out to tea, or whatever it was they expected of us. The odd thing was that many of these folks transferred to another church that was larger than ours, which made no sense because they would not get any closer to that pastor and his wife than they had to Renae and me. Yet they felt at liberty to inform us that we were not doing enough for them. It seemed obvious to me that they wanted us to bend over backwards and promise to do anything to make them happy in order to keep them in the church. But I did not play their game – I let them go. They were not on a mission to bring the gospel to our city like I was. Their mission was to get Renae and me to jump like trained show dogs upon command.

I have faced that same experience hundreds of times over the years at PCC, and it’s hard every time I encounter it. As a church grows, it also changes. And as the church changes, so does the accessibility of the pastor and his family. As the pastor gets busier with new people and responsibilities, some people are displaced and are not as close to the pastor as they once had been. Displaced church members expect the pastor to guarantee their access to him no matter what, and become resentful if he does not. If the pastor agrees to these demands, he will keep disgruntled people from leaving the church but will not be able to reach new people because his time and energy will be devoted to pleasing those who feel they have seniority rights.

No matter what a pastor does in this situation, he will lose people. So he must wisely decide who he is willing to lose.

By now our congregation was filled with two kinds of people. About half the people were committed to building a church that brought the gospel to the people of our city and they were willing to faithfully serve that mission. The other half had other agendas – with each one wanting to take us in a different direction – which would have deconstructed everything we stood for.

Certain leaders on my management team resisted me and our church’s mission every step of the way. I began the cleanup by informing them that everyone who served in that position did so by my invitation, and the reason they were asked to serve on this team was to help me fulfill the mission and vision of our church – not to pull it in the direction they thought it should go. I accepted the resignations of half the team. This resulted in the loss of several families.

Next I fired the head usher. He was irresponsible and frequently missed. But when he missed two Sunday’s in a row without even so much as a phone call to let us know he would be out – I had enough. His absence created a security breach for us at offering time – not to mention making me look like an idiot when people asked me where he was and I didn’t know. I called him up as soon as I got home that afternoon and told him it was over. He was crying by the time we hung up the phone. This too resulted in the loss of his family and a few of his friends. I later found out that he had been visiting other churches (those two Sunday’s he was absent) because he was considering leaving PCC all along. In the end, I was able to make the decision for him that he seemed to be having trouble making for himself.

Next I had to tell another man to put a lid on his talking in tongues during the church service because it was interrupting my sermon and freaking people out. I believe in the gifts of the Spirit, but this guy was out of order and violated every principle in the Bible for the proper use of spiritual gifts. When I spoke to him he got so upset with me that I thought he was going to punch me in the face. He stomped out slamming the door as he went and never came back to our church again. Within a year he died.

A defining moment occurred one Sunday morning after service. In a tense confrontational showdown with a church trustee, the leadership authority of our church was cemented once and for all. This individual had been challenging me for months, and when he realized he had an audience listening, felt emboldened enough to approach me and demand that I report to him concerning my daily activities. It was an ambush. It was then that I Biblically corrected him in front of everyone who was listening, as well as the other trustees. I thought, hey, he doesn’t mind challenging me in front of an audience, so I will respond to him in front of the same audience. I informed him that I did report to him, nor would I ever, and neither did I work for him, but rather that he reports to me. He stared at me in stunned disbelief with a startled look on his face not saying a word. Apparently he had pulled this kind of tactic with previous pastors in his past and thought he would do the same at PCC. He continued to stare at me in silence while everyone else was looking at the floor in embarrassment. This was the moment of truth - it was all or nothing and only one of us is going to come out on top - either I'm going to be dominated by this church-controller or either he is going to follow the leadership of the person who God has anointed and authorized to lead the church. I broke the silence and asked, "Are we clear on that?" Instead of answering, he turned around and walked out the door without saying a word. Shortly after that event he stepped down as a trustee, left our church, and began a vicious e-mail campaign against me.

Another couple wanted to lead a small group using a curriculum that I could not approve of. I met with them and I tried to reason with them explaining how the material was contrary to our position at PCC. Furthermore, they were not members of our church and were not even willing to take our membership class to find out what our church’s mission was. I pleaded with them to take the class and get on board with our mission before I could release them to ministry in our church, but they would not budge. I realized they had their own mission and simply wanted to use PCC as a means to get there. Because they were not teachable, I kicked them out that day.

This kind of thing went on for months. It was a brutal season, but I kept going back to our mission and the vision that had birthed PCC in the first place. It was about keeping the main thing the main thing and not allowing others to hijack it.

This was the first season of dealing with widespread immaturity in our church. But it was not the last. There was more to come.

on February 19, 2010
Email ThisBlogThis!Share to TwitterShare to FacebookShare to Pinterest
Labels: Confessions