Confessions of a Church Planter (Part 5) 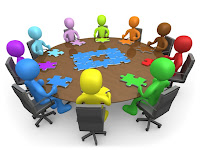 Setting My Home and the Church In Order

Setting a church in order is no small task. By that I mean establishing its leadership structure, government, and appointing who will lead. Yet the scriptures teach that a pastor must have his own house in order first, because if he can’t manage his own family well then he will not be able to manage the family of God (I Timothy 3:4-5).

By the fourth year at PCC Renae and I were feeling the full pressure of planting a church. We had no money, the church offerings were still low, we were both working full time outside of the church while donating forty hours or more to the work, and our children were little and having to be shuttled to separate ball games over a two county area – not to mention the trips out of town for playoff games. The stress was incredible. It was a very expensive time in the life of our family at a time when our income was the lowest it has ever been, which only made things worse.

I knew I needed to put my home in order by relieving some of the pressure that was on the family and our marriage. Because all church business was still taking place out of our home, the boundary between family life and church work had been erased. It was horrible. So the first order of business was to find and rent office space in town and conduct administrative operations from there. I began to search for available office space, collected a sample of prospects and called a meeting with our trustees one evening in my home. After Renae and the boys left the house, being displaced for the umpteenth time, I presented this information to the trustees so we could make a decision on the matter. To my utter astonishment their first response was “it costs too much.” I sat there in disbelief. They knew the pressure we were under, not to mention how ineffective it had become having the church offices in our home, and there they sat – in my home – saying it cost too much. Can you see the irony here? Here we are having a leadership meeting in my home for the thousandth time, my wife and children have been run out of the house for the evening yet again, I’m living on a paupers salary, and they are more interested in saving rent money than saving my family. These men had gotten too familiar with me and Renae and were now taking our sacrifices for granted.

Aftert two weeks of wrangling level heads prevailed and we were able to secure office space in town. This move saved my family as well as the church, and kept me from going postal on somebody. I could only think how stupid and ineffective it was to take two full weeks to get these slow movers to agree to renting some office space, especially since the offices had already been in my home for more than four years! Once this move was completed our family relationships improved significantly and my home felt like home again. It also helped us to clarify when we were “on the clock” and when we were not. It also felt good going to work each day, having a real office and a quiet place to study.

As I began to put my home in order, I was also convinced that I needed to do a better job of putting the church in order. Our leadership structure at the time was deplorable, but it was the best that I could put together considering the people I had to work with. A few of these folks did a good job, but quite frankly most of them simply did not even meet the Biblical requirements of being a good disciple, much less spiritual leaders. Looking back on it now I shudder to think about the disaster that was in the making. My leadership team constantly changed, with people coming and going each year. It was like musical chairs. This created a great deal of instability, but on the other hand it also meant misfits didn’t become entrenched. That’s was a good thing because some of these people turned out to be sons of perdition.

After the fiasco concerning the office space, as well as numerous other incidents that raised alarm bells, I knew that major changes needed to take place in our church from the top down. So I set in motion a three-to-four year plan to phase out the current trustees and replace them with people who possessed better qualifications. I began looking for those who were as close as possible to meeting the Biblical requirements of a pastor-elder. As each trustee's term came to an end, I simply appointed a better qualified person in his place. There was no vote, no majority decision, no secret ballots, and no majority rule. This follows the Biblical pattern of Paul instructing Timothy – a young pastor – to appoint elders in the church he was pastoring (2 Timothy 2:2) as well as to Titus (Titus 1:5). I did this each year until there was a complete turnover in the senior leadership structure of PCC.

Of course this didn’t set well with some people, especially those who felt like they were losing power. But it didn’t matter to me. It had to be done. The very survival of our church was at stake. Although I was extremely frustrated with my home life and the church, I had to own the fact that they were both under my leadership and that I had done a poor job of organizing things to function formally. Besides, I had been thoroughly chastised by God by now and had learned my lesson well – if you play with hornets you are going to get stung. It was His church – not a religious club where fat cats and heavy weights get to make power plays - and He had already prescribed in His Word who is supposed to lead it, and what the eligibility requirements of those leaders are.

This led to an in-dept study about elders, deacons, and women, and their roles in the church.

on February 23, 2010
Email ThisBlogThis!Share to TwitterShare to FacebookShare to Pinterest
Labels: Confessions

Ron, I have been keeping up on the reading of your blogs. As I mentioned to you I was concerned that you were going to blow a gasket till I found out this was past church history for your writings. My wife and I have been members for about 1 year and for the first time I am happily getting involved in a church. We do small groups, and I am now involved and on the schedule in the sound booth. I like that tech stuff. I am enjoying 2 services a week and serving in our church. It feels right.

Brad,
Glad to have you on board and I'm encouraged to hear that being a member of PCC feels right for you. BTW, keep praying for me so that I will NOT blow a gasket!