Confessions of a Church Planter (Part 8) 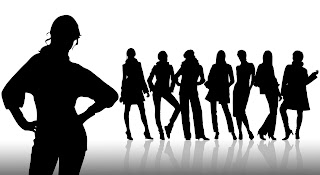 The Role of Women in the Church

As I mentioned previously, setting a church in order is no small task. I had to settle on the matter of church leadership; specifically pastor-elders and deacons. Then there was the matter of women.

I have spent years trying to understand certain difficult passages in the Bible regarding women. My findings could fill an entire book, so I will keep it simple here. After hundreds of hours of study I have been able to summarize the three most common positions that have been adopted within Christianity regarding women. Those positions are:

Hierarchal – In this view men and women are created to operate in different roles in life and ministry based solely upon gender. Women cannot be elders or deacons, serve communion, teach men, lead worship, or speak in church services in any capacity. They are not allowed to usher or even serve as door greeters. In this view all women are under the submission of all men; meaning that even the strongest woman in the church would have to submit to the weakest man in the church. Women can only be involved in ministries for women or children. (Main texts are: Genesis 1:27; 2:18; 3:16-17; I Corinthians 11:3, 8-9; I Timothy 2:11-3:13).

Complementarian – In this view all church ministries are open to qualified women, with the single exception of pastor-elders, which is reserved for qualified men. Women can be deacons, serve communion, teach, lead worship, have participatory roles in church services, and be in full-time paid ministry. (Main texts are: Same as hierarchical with an emphasis on I Timothy 3:11 and Romans 16:1-2).

Egalitarian – In this view men and women are partners together in every area of ministry. All ministries and offices in the church are open to all qualified men and women. Gender does not exclude any person from any church office. Under this view women may be pastors, even senior pastors. (Main texts are: Judges 4; Acts 16:11-15; 18:26; Luke 8:1-3; Romans 16:1-3, 6-7, 12; Galatians 3:28).

In considering these views I quickly dismissed the hierarchal position. While it appears to have its Biblical merits, it is out of balance with other passages that obviously treat women with a more elevated status. The role of women in the church cannot be conclusively determined by a few restrictive passages that are often advanced by men who believe that subordination represents God’s will for all women. Scripture must be balanced against other scripture to arrive at a proper Biblical conclusion on any subject, and I believe hierarchal proponents fail to do this. Churches that hold to this view are often very legalistic in nature and oppressive.

Personally, I think the complementarian view seems to strike a good balance between all three positions. But I also think the egalitarian view has its merits as well; its interpretation of the scriptures is a sound one (though all don't agree with the conclusions), plus there are instances in which this position might be the best scenario for some churches. On the negative side, some egalitarian’s promote radical feminism which is unbiblical; not to mention being as extreme in their views as those of dominating men found in the hierarchal camp.

At Pace Community Church, we tend to lean towards a blended view of the complentarian and egalitarian positions; that is, all ministries are open to qualified women in the church with the single exception of the office of senior pastor. Other than that single office, women may serve anywhere and everywhere in our church, including a pastoral role and other levels of senior leadership, provided they are gifted, called, and qualified.

Men who fail to acknowledge and enlist the energy of women suffer for their arrogance. Pontius Pilate's wife, for example, tried to warn him not to be involved in the trial of Jesus. "I have a dream about him" she said. Pilate ignored her and signed Jesus' death warrant, as well as his own dishonorable place in history.

If not for women, PCC would not be here. Over the years they have performed most of the work which has helped propel us to the place we are today. Many of these tasks could have been carried out by men, but some of the men would not step up and lead. Churches depend on the financial support of women as much as they depend upon the financial support of men, not to mention their spiritual and physical contributions, and PCC is the better for it. Churches that ignore the postive impact that women can bring to the table, do so at their own loss.
Some men are real sissies when it comes to spiritual leadership; their prayer life is almost non-existent, they are too timid to pray out loud or lead in public prayer, they don’t pray with their families, very seldom crack open a Bible, will not teach a Bible class, have little desire for the Word of God, and fail to express any desire to work in the church. They will not man up and lead. Yet, many of these same men want to keep women submissive by limiting their role in the church based solely on gender. How convenient.

I decided early on that it would be a cold day in Hades before I will ever permit this church to rise no higher than the level of spiritually weak men. I have been often criticized for allowing women to serve in visible roles at PCC. I’m okay with that. If I had allowed spiritually weak men to dictate policy about gender roles at PCC, this church would still be running 37 people and headed by weak men who do not know how to lead.

Women on the other hand, will often jump into the action and get themselves involved in the ministry while the men stand back and watch. They will lead, teach, pray, take charge, get excited about God, read their Bibles, inspire others and motivate teams. If men are too weak to do these things, it’s their own problem. They are burying the talents God has given them and He will hold them accountable. Women sometimes have to fill that gap created by men. But even if men step up and fill their godly roles in the church, it does not disqualify women from serving because the Body of Christ needs both.

Pace Community Church has been very fortunate over the years because we have always experienced a healthy balance between the genders. A high percentage of both men and women employ their gifts, talents, and leadership skills in this church. The end result for us has been a healthy, thriving New Testament church.

When the Bible is interpreted comprehensively, by comparing scripture against scripture, it’s easy to conclude that God has placed both men and women in the Body of Christ to serve in His kingdom, and that ministry opportunities should be made available in the church based on giftedness, and not by gender alone.

on February 26, 2010
Email ThisBlogThis!Share to TwitterShare to FacebookShare to Pinterest
Labels: Confessions, Women