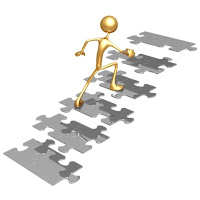 The Great Commission is a strategy for expanding the kingdom of God. Targeting unbelievers for evangelism, making disciples, and developing them towards spiritual maturity always results in church growth and greater generosity from its members. First you get people to come to Christ, then to grow in Christ.

Consider Jesus’ method of making disciples. When people were invited to follow Him, the invitation began with the words “COME AND SEE” (John 1:43-46). That is the ENTRY POINT for faith. Just show up. Sit in the back. Just watch. Don’t sing anything, say anything, or sacrifice anything. Just “come and see.”

From there Jesus takes them through a process of ever-increasing levels of commitment. Over a period of three years He turns up the heat. As they begin following Him, He starts saying, “YOU ARE MY DISCIPLE IF….” And He REDEFINES commitment. You are my disciple if you love one another… bear fruit…take up your cross, deny yourself, and follow Me.” On and on it goes. He is raising the bar of commitment.

In those days nobody “took up a cross” unless they were on their way to death. This was a Roman form of execution. By using that as a reference for discipleship, Jesus was saying “Come and die” to yourself. There is a big difference between COME AND SEE and COME AND DIE. He didn’t say “come and die” at the very first. It takes Him three years into a relationship with His closest followers before He does.

Churches often fail to realize this – that developing maturity (in individual believers and church congregations) is a PROCESS that you take people through. It takes time to mature believers into disciples… and it takes time to develop new churches into mature churches.

Consider PCC – your church family. In the beginning years we were in the “COME AND SEE” phase. Over time we have become more like the “COME AND DIE” phase. That’s why the preaching is different today, the standards of leadership are higher, church discipline is practiced, expectations are communicated, and worship more intense.

Not everyone understands this process, or has patience for it.

A few years ago a certain guy in our church (who was one of those “Come and die” types) communicated to me how shallow he thought the people of PCC were. He was impatient with people in our church family who were still in the “Come and see” stage of their spiritual journey. He disliked having sinners in the church. He had very little tolerance for new believers who were still transitioning their way into the faith life. He was opinionated of those who were still carrying baggage from their former life. He distanced himself from anyone who did not share his views. Because of his jaundiced eyesight he was unable to see the accomplishments that 'were' occurring all over the place within our church and, consequently, he type-cast the entire church as being “shallow.” He focused on the shortcomings of a few people and, in a broad stroke of the brush, concluded that PCC was a broken church that needed to be 'fixed.' He became fixated on all that 'didn't measure up' and could not see the move of God that was taking place among this flock. He did not have a true shepherds heart. The process of how to develop a 'flock of sheep' towards spiritual maturity had evaded him. I had seen signs of impatience in him before, but this one event made me finally realize that HE AIN’T FLOWIN’ WHERE WE’RE GOIN’. Too bad for him. I wished he had simply demonstrated a little more maturity ‘himself’ (by being patient with others who were behind him in their development). It takes loving, patient shepherds to pull a group of people along.

What PCC does is try to cover the whole spectrum of “Come and see” to “Come and die.” At any given time we have people in our church family who are not-yet believers (sinners), brand new believers, growing believers, and mature believers. So we offer weekend services, seminars for membership and maturity, small groups for fellowship & Bible study, Bible electives & classes, and opportunities to serve. We have cells, classes, covenants, commitments, and coaching.

Most churches have not built these kinds of LEVELS OF LEARNING into their discipleship development. On the other hand, when you carry out the Great Commission properly, it results in growing churches as well as growing disciples.