Confessions of a Church Planter (Part 11) 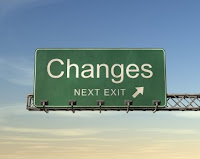 Change & Conflict
In my own mind, Pace Community Church is not a large church. But according to national statistics 95% of the churches in America run less than 300 in attendance on Sunday, which means PCC is in the upper 5% of more than 400,000 churches. For this I am humbly thankful, even though I believe we can do better. One thing I have learned, however, is that as a church grows, it changes, and change causes conflict.

Every married couple knows that there is conflict in any loving relationship. The question is not will we ever have conflict, but rather how to deal with it. Having been successfully married to Renae for 29 years, (I’m still amazed that she keeps me), I can attest to the fact that learning to work through our conflict has allowed us to not fear conflict, but rather to use it as an occasion to build a stronger relationship. The same has been true for the PCC family for the last twelve years.

Church growth is good and to be desired. It means more people are being saved, discipled, and are worshipping God. Jesus Himself said, “I will build My church.” But the price of growth is conflict. I think many churches are afraid to grow, and even build theological justifications for not growing, simply because they are afraid of change and its resulting conflict; which means that rather than obeying Christ they are worshipping comfort.

1. Change resulting from growth means that some people in the church will lose authority or power when responsibilities are divided among others. Conflict arises up when people are given a change of title that they have been clinging to as a source for power. When told they do not meet the requirements to become an elder or deacon, for example, or are placed under the leadership of someone they perceive to be less qualified than they, such people can become insulted, even resentful. They forget that Jesus Himself took the title of “servant” as our model of humility, and they are not to act like the power-hunger, authority-grabbing heathens He warned us about. Power illicitly motivates some people, and when they lose power they fight to retain it.

2. Change also means that new people coming into the church will have access to certain information, and other people will feel left out of the information loop. This is because as a church grows, the lines of communication increase exponentially and become more complex. There is no way that everyone can know everything that is going on, so you begin operating on a “need to know” basis. Some people will bristle at this. While it is important to make every effort to keep people appropriately informed, those who are motivated by information will fight to be “in the know” and will incite conflict over who is allowed to know what in the church.

I’ll never forget the day in 2002 when one man in our church, who was a leader at the time, went ballistic because he was not informed about a certain activity that had taken place. One of our ministry teams took an overnight trip together, locally - kind of like a mini retreat - for the purpose of team-building, planning for the next quarter, and sharpening their ministry skills together. It was an amazing success. But when this man found out about it, he was infuriated. The very idea that people in the church were doing things without his knowledge or consent was too much for him to cope with, and it showed. We were in a leadership meeting and he actually began hitting the edge of the table with his hand, in a karate-chop fashion, saying, “I didn’t know a thing about this! Why wasn’t I informed?”

Oh man. I knew the fertilizer was about to hit the fan… and it did. This man had a repeated pattern of voicing objections and clearly had some 'control' issues. On more than one occasion he tried to exercise jurisdiction in the affairs of other ministries that were clearly outside his scope of responsibility or involvement; with his own role being clearly defined by our bylaws and church structure.

My response to him was as humble, yet as strong as, I could muster. I called him by name and said, “You have no right making this kind of demand on other people. That ministry team is under the direction of its own leader, not you, so you have no say-so in anything they do. The only area that you are allowed to concern yourself with is the ministry team that you serve on.”

Over the years, that very issue has been one of the biggest challenges I have faced among personnel in our church – church controllers who like to concern themselves with what others are doing. They will speak opinions into other departments or minsitry areas that are of no concern of theirs. Or one small group will start sticking their nose in some other small groups business. That kind of thing. But I am glad to say that we have overcome these conflicts by pressing forward and not allowing “controllers” hold everything back.

3. As a church grows another change occurs - new people become visible, while others who used to be visible become less so. Some people love to be seen and known in the church, and those motivated by visibility will cause conflict if their visibility is reduced. In some churches, this means that the guy who used to fill the pulpit when the pastor was away, the person who used to make the Sunday morning announcements, and the lady who played organ in the band, no longer do because the church now has more capable people to do those jobs. Sadly, by causing conflict over their loss of visibility, such people forget that Jesus is still watching their behavior and is quite disappointed by it.

4. Another change resulting from growth is that more physical, emotional, and spiritual energy is required than in previous seasons of ministry from leaders and church workers. Practically speaking, as the pace picks up, some church leaders can no longer keep up and are overtaken by stronger, more energetic leaders who can maintain the pace and take the church to its next level of fruitfulness. Some who gain their sense of identity and well-being from being a leader in the church, or some who feel that because they served well in a previous season have the right to retain their leadership position, cause conflict over the pace of growth. Such people might even go as far as to sabotage the ministry in an effort to slow things down rather than humbly accept their limits and find a place to serve that best suits their energy levels.

5. Growth also means changes have to be made in the decision making processes. In a growing church decisions have to be made quickly so that the church can mature and grow. These decisions cannot wait until next months board meeting. This means that committee meetings and slow-moving bureaucratic systems must be eliminated in favor of empowered individuals who can make critical decisions during normal business hours of the work week. Some people value their ability to control the decision-making processes, and it is the method they use to control and rule the church and will resist such changes.
While it is true churches can make decisions too hastily, what I am speaking about here are those people who obstruct decision making and delay change by pulling the emergency brake all the time. Such people tend to be in the minority and often cause a great deal of conflict by resisting anything and everything. Their tactics include various kinds of stalling, postponing votes, missing meetings, demanding unreasonable amounts of information, nitpicking over fine details that are truly unimportant, and even sharing confidential information with others in the church in an effort to gain enough of a following to slow down change.

At its best, a church is like a river that can be channeled to bring its life-giving flow to a dry and parched community who are in search of living waters. However, every attempt to prevent growth kills the church from maximizing its potential, or either kills the controller with stress-related illness. Therefore, churches must accept the fact that growth is messy and change brings conflict.

Because we want more people to worship Jesus, we must be willing to accept the inevitable. Such change can be perceived by some as a loss of power, or it can be viewed as an opportunity to share the gospel with many others.

on March 18, 2010
Email ThisBlogThis!Share to TwitterShare to FacebookShare to Pinterest
Labels: Confessions