Confessions of a Church Planter (Part 9) 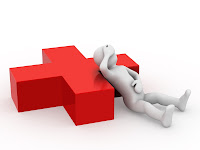 I love Christ. It’s some of His people who drive me crazy. The truth is I have a hard time liking some Christians. I’d rather hang around lost people than self-righteous, hyper-critical, narrow-minded types.

At the risk of being guilty of the same thing that I am pointing out in others, let me go out on a limb here. Some Christians can be very judgmental. They act holier-than-thou, and can be incredibly condescending. They will fight and argue about the dumbest things:

These Christian critics are often the very ones who don’t even know their lost next-door neighbor’s name. Ugh! Makes me want to scream. It gets even more fun when they start intruding into your personal life:

All R-rated movies are off-limits (Does that include The Passion of the Christ?)
If you listen to secular music you are of the devil
Don’t get a tattoo
Women should not wear pants
Don’t let your children go trick-or-treating – Halloween is the devils night
Don’t go to the beach
Don’t go to Disney World

I just can’t imagine Jesus drawing a line in the sand over these issues.

Another guy who torques me off is the Angry Street Preacher. “Turn or burn! You are going to hell, you sinner!” he shouts. Since he is made of flesh and blood just like I am, I have to conclude that he is sinning just as much as anyone else is.

And then, some Christians are just plain weird – really weird. Take Christian television for example. Some of those people make my job almost impossible. Here I am supposedly on the same team with them, and they are just plain goofy. Some are even crooks. I know there are some good ministries on television, but you have to admit, there’s some flaky stuff on the tube.

Then there are the people who are into “bling Christianity” who believe that Jesus will make you rich, give you jewelry, cure all your diseases, and give you anything you ask for. They teach that Jesus was a rich man and that only people who lack faith get sick, presumably like junior varsity players Job and the apostle Paul. For them, Jesus is a piñata, faith is a whacking stick, and all you have to do is wait for the goodies to fall out of heaven.

Unfortunately for me, all these kinds of people have shown up at PCC at one time or another over the years making my life pretty complicated. I am amazed at the baggage some Christians carry around with them. Instead of showing up to a church and taking the time to find out what its mission/vision is and then prayerfully deciding if God is leading them to get involved and support it, some people will show up with the intent of changing the church to their agenda.

We’ve had people show up here wanting to debate things like post-millennialism, dispensationalism, Calvinism, and other dumb things that only guys with high-speed Internet connections to bizarre websites could get into. And always, it causes division. The irony is that many of these people couldn’t even manage their own lives well but wanted to mange the church; they did not own their own homes, were in debt up to their eyeballs, had difficulty paying their bills, couldn’t get along with their wives, or worse yet were still living at home with their mothers. I tired to set them straight by telling them clean up their bedrooms and checkbooks first before they tried to clean up the church, but like most fools, they were not deterred. It is the typical young-buck-in-rutting-season folly.

When argumentative people eventually realize that we were not going to talk about stupid stuff that detracts from our vision and causes division, they will leave, which is a good thing. Over the years, I’ve accepted that if I do not open the back door quickly when God is trying to move people out, I am working against Him by keeping toxic people in this church who will infect others.

I was in a leadership meeting in 2002. One individual began to rail about this and rant against that. Actually it was much ado about nothing. Waving his arms like a windmill he waxed eloquent as he objected and complained about everything in the church. When he got about halfway through his prolonged speech, I interrupted him by asking, “What positive alternative do you offer?” He stopped and stared at me in blank silence. Finally he asked, “What do you mean?” I said, “What positive alternative do you offer as a solution? You’ve been pointing out all that is wrong but have not offered as much as a single idea on how to remedy the situation. This apparently bothers you, even though it doesn’t bother anyone else, so what is your plan of remedy?” Well, that took him back a bit because I put him on the spot to actually do something other than complain.

To be totally transparent there were times in the early days of PCC that I didn’t know if I could survive another month, let alone another year in this church plant. The whole mess was beginning to really bum me out. We were still meeting in the school, I was hauling all the church equipment back-and-forth each Sunday, my car needed new brakes, and too many people were giving me grief about nothing. Holier-than-thou types didn’t like our Christian liberty. Church controllers were trying to take over. I was feeling disrespected and abused by malcontents. Super spiritual types were trying to fix our ‘spiritually shallow’ church. Legalists were trying to put us in bondage - one lady even told me I needed to crack the whip on these people and pour some salt into their wounds. Suddenly it dawned on me - our church was experiencing an invasion of imbeciles.

It was almost too much for me.

I remember taking a long ride one day on the bike trail in Blackwater State Forest. After a strenuous hour-long ride to relieve the stress and tension I stopped and sat on a bench staring at the ground for a very long time, running through my options in my mind, trying to figure out what to do. Should I shut down the church? Should I turn it over to one of the trustees who thought they could do it better? Should I just jump ship and let it turn into a free-for-all? Or should I hang in there and turn things around or die trying?

I loved the people of PCC who God had sent to us – the good Christians from other churches who were supportive, the irreligious people who were on a journey of seeking God, the brand new Christians who were still babes in Christ, and the mixed multitude of sinners who were still living in sin. I loved them all and felt like God had sent them to our church and that I was their shepherd. I also felt obligated to hang in there to do everything in my power to protect these sheelp and to fight for the mission of this church - to take the gospel to the people our city. There was no way I could leave this church because I knew that certain wolves and other sons of perdition would not spare the flock. I decided that day, right then and there, to make a lifetime commitment to Pace Community Church and fight against these naysayers.

I vividly remember standing before the small congregation of PCC shortly after that day and telling them that I was here to stay. I have planted my flag in the ground and that I will give the rest of my life to them and our city. I promised them that I would die trying and asked them to do the same.

I knew that making this kind of commitment would result in some serious conflicts in my future. But I also knew that I was not going to run from it either. That’s what shepherds do. After making this commitment to the PCC family, as well as having so many of the people commit to me in the same manner, I realized that we were going to win no matter what.

on March 02, 2010
Email ThisBlogThis!Share to TwitterShare to FacebookShare to Pinterest
Labels: Confessions

Thanks for the confirmation. I thought it was a great line myself, but was a little hesitant to use it for fear of being misunderstood. Still, it's pretty funny..... and true.