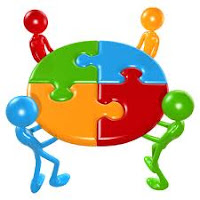 After we moved into our new building, PCC experienced a pretty decent growth spurt. This created a mini crisis for us because we didn’t have enough systems in place to effectively manage this rapid growth. We had succeeded in getting people to church but we were not fully prepared to answer the question, “What Next?” How are we going to get these people connected so they can be discipled? And how are we going to stay organized?

From day one we’ve always had systems in place, but we didn’t need a lot of them when we were a portable church. In fact, we prided ourselves in being a brown bag operation; very flexible, informal, without a bunch of polices. This gave us enormous freedom to make decisions quickly and to be creative with very limited resources. After all, when your church is small it doesn’t take a lot of internal systems to get things done; two or three key leaders is all it takes to get things done and can do so by just shooting from the hip most of the time.

All of a sudden, ‘brown bagging it’ doesn’t cut it anymore. The days of ‘winging it’ were gone.

Many of the problems we were facing were systems problems. We failed to recognize that, while systems are not sexy, they are needed. I was getting frustrated about things in our church and would have to revisit the same issues over and over again, simply because a lack of systems. It was time to fix it.

About nine or ten months in to our new building, I went to work of our systems. I made a list of everything in our church that needed to be systemized – things like how we hired people, building use, key policies, campus operations, small groups, soliciting funds, administrative, leadership structure, connections, facilities, financials, age-levels, custodial, job descriptions, house cleaning, guest follow up, new believer follow up, guest services, volunteers, on & on. Next, we wrote them down.

Sometimes people aren’t on the same page, because the actual page does not exist. If there are no systems in place, if expectations are not clearly communicated, and common goals are not established, then everyone is left to decide for themselves what they are going to do. It took us months and months to develop new systems, to implement them, and getting people doing things the same way. It went a long way in improving the day-to-day operations of our church. Many problems just went away because our people knew what was expected of them. Meetings took shape because we knew the goal and the desired result.

Not everyone likes systems. They’re not attractive and seem restrictive. Most people would rather just teach, preach, sing, lead a group, and do ministry without any structure, (i.e, just follow the Spirit or something). That’s fine if you’re operating on your own. But in a growing church that is impossible. Systems and structure are absolutely necessary to keep everyone on page.

The senior pastor may not be the best person to formulate systems in the church. While I recognize the need for them myself and have done a pretty good job developing them so far, I am currently at the limit of my abilities. Besides, I’m more of a visionary and get most excited about looking into the future.

PCC needs a strong “systems thinker” to take us to the next level. We’ve made enormous strides up to this point, but so much more needs to be done. Most of our systems need to be upgraded. Some still don't even exist. When such a person is identified, it will be time to let them go through the church with a clipboard in hand looking for ways to make improvements and then give them the reigns to make it happen.

on August 24, 2010
Email ThisBlogThis!Share to TwitterShare to FacebookShare to Pinterest
Labels: Church, Leadership

One of the things I always found helpful is to first understand the problem at hand, find out what the priorities are, get feedback from the people involved, and what the end goal should be. Integrate that with operational (structure)capabilities and then come up with a plan. Once it is done, everything needs to be tweaked and tweaked until it is functional. Very few things I have seen work on the very first try. You have surely made great strides and have no doubt God will allow you to make even bigger ones.