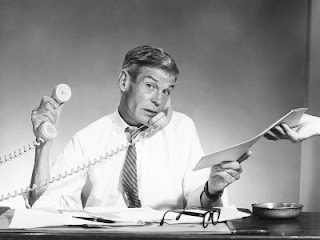 About ten years ago I used the story described below as a sermon illustration to demonstrate our need for more leaders at PCC, and why pastors must give the ministry away to others rather than trying to do it all themselves. It is time for us to make this our emphasis again. Read on if you are interested in the future of PCC.

Imagine a foreign country hit by a devastating earthquake, where 50,000 people are injured or dead. Two medical teams, each headed by a doctor, are being airlifted to the disaster area.

The physician leading the first crew steps out of the helicopter and is immediately overwhelmed by all the carnage he sees. Moved by compassion, he rushes over to the first bleeding body and gets to work. He assigns his team and their medial supplies to minister to this one person. Next, they minister to another injured person. Then another. Then another.

Now the doctor faces a worse dilemma than when his helicopter touched down. He would like to assist more of the injured, (there’s still 49,996 others), but he has already expended all his resources on the first four bodies presented to him.

The only solution, he decides, is to make himself even more available. He resolves that he and his staff will push themselves harder. They will be on call twenty hours a day, seven days a week, to treat as many people as possible.

Unfortunately, a few weeks later this well-intentioned medic is forced to return home. His body has not kept pace with his desire to help. With his resistance lowered he has caught one of the diseases rampant in the disaster area. The care he and his team have provided must now come to a standstill until a replacement arrives.

Meanwhile, what is the second medical team doing? They, too, are deeply shocked and moved by compassion toward the massive death and pain they see in every direction.

The physician heading this second group quickly concludes that her small team by itself is inadequate. So, instead of scooping up the first person in sight and immediately beginning treatment, this doctor opts for a different plan. She formulates a strategy that will touch a maximum number of people in the least amount of time.

The doctor announces to her team, “Let’s train some people as life-support engineers. One group will make sure safe drinking water is available; another will deal with shelter issues. Yet another group will work on waste control and public health by providing field latrines and begin repairing the city-wide sewer system before contaminants spoil the water. Still another group will ensure that proper food, meals, and nutrition are provided.”

This form of relief effort and preventive care, multiplied throughout the disaster area on the shoulders of many, will slow the growth of infection, allowing the medical intervention to have a greater impact than the first team.

Which Team Would You Choose?

Which of these two teams was the most caring? Which team would you choose? Remember, both teams had equally strong feelings of love and compassion. They differed only in how they showed their concern.

The initial response of most Christians, including trained leaders and pastors, is to act like the first group. They want to help, so they allow their impulsiveness to plunge them into immediate action to focus on the most urgent needs.

Unfortunately, many of us frantically work fifteen hours a day, only to come down with chronic-fatigue syndrome. Worse still, we are motivated to do this by a mistaken assumption about ourselves; we wrongly assume that the key to effective ministry is our personal availability and longer hours.
Work Smarter, Not Harder....
I propose an alternative: The greater need for Pace Community Church is to develop a cadre of lay pastors, lay shepherds, and group leaders, who become the primary ministry leaders and care-givers in our church. The field of need is simply too big to be handled by a few. To the extent that the same two or three people become so preoccupied with the nearest bleeding body, they cannot provide adequate care for others.

We must catch a glimpse of the bigger picture here. We cannot continue to accept the first case that crosses out path, wrap our lives around it, and allow the rest of the church to go down the tubes. It is not a demonstration of wise leadership for pastors or staff to provide all the ministry themselves… even if they do discover how to clock in twenty-five hours a day.

Church leaders who want to maximize their impact must develop a means of budgeting their physical energies. One way this can be achieved is by following the model describing the second team above.

To that end, I’m going to spend more of my time working “on” the church rather than “in” the church. The scriptures are clear that the role of the pastor is to “equip the saints for the work of the ministry” (Eph. 4:11-12). Nothing is said about the pastor doing it all himself, rather he must train others to carry out the work. The pastor’s role is to equip the church, period.

The impact of PCC’s ministry would expand exponentially if I (we) spent less time working harder and longer, and instead used our time developing other leaders who would, in turn, become a cadre of lay pastors, lay shepherds, and ministry leaders who were responsible for leading the ministries of our church. This could include almost everything; serving as department heads, teaching classes, leading groups, preaching & teaching, playing music, welcoming guests in the Sunday services, doing a call to worship, teaching seminars, performing weddings & funerals, making hospital calls, etc.

Of course, this is a little unnerving for some people, and they will flat out reject the idea. For some people in the church, only the senior pastor (or some other senior staff member) will do for them in their time of need. So our congregation will have to get used to the idea that we will not always be personally available for every party, meeting or need; and that others, just as gifted, will be there. On the other side, some pastors & staff just can’t let go of the ministry; they get their sense of security and self-worth based upon how well they are liked, needed, appreciated, and affirmed. They too, will have to make an adjustment by learning new skills such as training and developing other leaders, letting go, delegation, and serving as overseers.

My hope is that the Spirit of God will grant us new insights into the nature of ministry. This model spreads the ministry evenly upon the shoulders of many, which is much more effective.

The objective is not less care, but assured care.

on August 13, 2010
Email ThisBlogThis!Share to TwitterShare to FacebookShare to Pinterest
Labels: Leadership