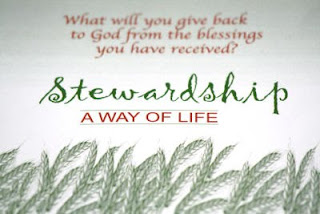 I’m reminded of a church that handled a financial shortfall all wrong and ended up in a death spiral as a result. The culprit was undisciplined spending that had been covered by ever-increasing numerical growth. Suddenly, the church wasn’t able to pay its bills.

While that was embarrassing, and their actions foolhardy, the pastor and church leaders could have saved the day and rallied the troops by putting an instant stop to expenditures and stepping forward to say, “We made a mistake. We presumed upon growth that didn’t happen. We are now seriously in debt. Here’s what we are going to do to fix it.”

Instead, they hid behind doublespeak, excuses, and God-talk. The congregational letters always began with gushing reports of all the great things God was doing in their midst (though everyone could see that things were slowing down, not ramping up). They made vague references to financial shortfalls without details or a game plan. And they spiritualized everything as an attack from the enemy.

The result was no one had a clue what was going on. They just knew something was wrong. Worse, each letter seemed to leak a little bit more of the bad news, giving the impression that the church leaders didn’t know what was going on or were holding back information as long as possible.

In a crisis, people want FACTS, not FLUFF. By dancing around the issue and failing to communicate clearly, the pastor further eroded his credibility with each communication. After an initial boost in giving, most people gave less rather than more.

It appears that my willingness to quickly tell the truth, and straightforwardness in laying out a plan, is having a positive effect on a lot of people in our church family. The troops are beginning to rally. The support and encouragement is incredible.

Let me encourage you to become a faithful steward over all God has given you and get actively involved in the financial health of your church.

Always remember, the way we fund all our ministries and operational expenses at PCC, (that’s ministries, staff support, mortgage, utilities, etc) is through the collection of the weekly tithes & offerings. That is our only source of funding. So if you are generous and “consistent” in your giving, then we’ll be able to perform all the ministries that all of us love so much. On the other hand, if you are "inconsistent" or not generous in your giving, then we have to curtail ministries and cut back.

None of us wants to see that happen.

Let’s stand should to shoulder and see this through.