The High Price of Flawed Assumptions

Even a highly moral, deeply sincere, smart Christian, with the best theological pedigree, has no guarantee of protection from the consequences of a bad decision based upon flawed assumptions. 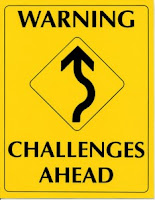 Over the years, I encountered and counseled with many people who have made life-altering decisions based upon what they thought were Biblical principles, only to discover too late that what they thought was Biblical wasn’t Biblical at all.  I’ve made plenty of them myself.
Spiritual myths.  That’s what they are.  It’s a story, assumption, or truism that gets passed around as fact.  In most cases the source is a friend, a Sunday School class, a Bible study, a devotional, a book, or even a sermon.
Because they sound believable and come from a reputable source, spiritual myths are often accepted without question and then quickly passed on.  Once widely disseminated, they tend to take on a life of their own.  They become almost impossible to refute because “everyone” knows they’re true.  Anyone who dares to question them gets written off as spiritually dull, lacking faith, or liberal.
For instance, the Bible never says “God helps those who help themselves.”  Another thing the Bible does not say is “Spare the rod, spoil the child.”  Something else, there is nothing, and I mean nothing, to lead us to believe that Jesus had blonde hair, blue eyes, and Caucasian skin, except for European medieval art.
Some assumptions are harmless, but others are devastating.  Think of the disillusionment that sets in when someone writes off God for failing to keep a promise that He never made.  Or the despair that follows a step of faith that turns out to be a leap onto thin ice.
That’s why spiritual myths and assumptions must be challenged and explored.  They bring heartache and disillusionment to all those who trust in them.  Spiritual myths are like fools gold.  It looks good at first glance, but once tested, it proves worthless.
Read below for an example…..
on December 28, 2011
Email ThisBlogThis!Share to TwitterShare to FacebookShare to Pinterest
Labels: Spiritual Myths