This Weekend at PCC 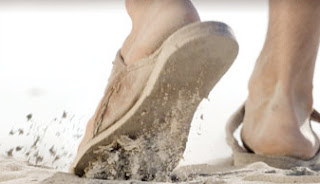 1.  This Sunday’s message is entitled Rabbi.  It's part 1 of a new message series I'm beginning called Becoming a Disciple.

In order to gain a full appreciation of what a disciple really is, we’re going to look at discipleship in Jewish culture in a first-century context, which is where the concept of discipleship originated.  Specifically, we’re going to be looking at the rabbinical system of Jesus’ day.

As Christians we can never forget that the Bible – from Genesis thru Revelation – is essentially a Jewish document (not American or European).  Once we view the Bible from a Jewish cultural context, familiar stories will take on new life as we see them from the perspective of the original audience.

Something has happened to Christianity in .  We have drifted away from the (first century) emphasis of discipleship, and instead, have emphasized cheap grace in its place.  Many people who call themselves Christians don’t even know what a disciple is.  While everyone agrees that it is essential to believe in Jesus as our Savior, we tend to view His lordship as optional; like extra credit.

Jesus and His disciples had a very different view of discipleship.  They made no distinction being “being saved” and “submitting to divine authority.”  To them, to be saved meant being fully surrendered to a life of obedience – to walk as their rabbi walked.

2.  What can I say about last Sunday?  The place was packed.  It can be the same this Sunday.  Invite a friend, bring a guest, and bring your Bible.  It's going to be a great day.

on April 13, 2012
Email ThisBlogThis!Share to TwitterShare to FacebookShare to Pinterest
Labels: PCC

Please keep posting, God is speaking through you. Praise the Lord