A Note of Sanity about Halloween

So whatever you believe about these things keep between yourself and God. Blessed is the man who does not condemn himself by what he approves (Romans 14:22). 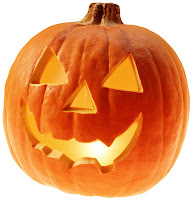 The name Halloween comes from the All Saints Day; a day set aside for the solemn remembrance of Christian martyrs in ancient times. At the time it was called “All Hallows Eve” which eventually became Halloween.  Down through the ages Halloween collided with pagan cultures whose beliefs and influences were incorporated into the day.  Over time it became increasingly superstitious and less Christian.

Today Halloween is almost exclusively an American secular holiday.  It is so far removed from the past that its religious origin and pagan heritage are not even known.  Nor does it really matter.

Halloween is not the night of the Walking Dead.  People don’t turn into werewolves on a full moon.  There’s no such thing as vampires, zombies, or Jeepers Creepers.

God has made the world and everything in it.  Evil, as bad as it is, does not run unbridled in this world.  No one goes to bed at night afraid that while he sleeps the local cemetery will come alive with the walking dead who leave their graves and invade town to drink blood and eat brains.

That is, no one but the immature and unbalanced.

Some Christians have gone crazy – utterly losing their common sense – over Halloween.  They are so fearful of evil –  of cooperating with the devil, of being a partaker in evil devices, and so panicky at the thought of goblins, demons, and witches – that they attack other Christians who let their kids dress up like Power Rangers and gather candy from their neighbors.  To them, you are participating in the devil’s night while he is at work all over the world.

They are so much more spiritual than you.

Now everything has become (ahem) “Fall Festivals.”  My church too.  This supposedly gets us away from Satan’s agenda because we now observe the day on church grounds and call it “Trunk or Treat.”

Man.  We have turned into a bunch of Hallow-weenies.

Let’s put this in perspective.  Halloween is simply a night for dress up and free candy.  It’s also a lot of fun for the kids.  For most people it is a day of pure innocence.

Please don’t write me with a history of Halloween and a summary of evil in the world.  I get it.  I need no reminder that Satan is alive and well on earth according to Revelation 12:9.  (He is not in hell, stoking fires, and in charge of a miserable place.  He is destined to be its chief tenant sometime in the future).  Instead, allow me and others the liberty to hand out candy and to allow our kids to go trick-or-treating.  After all, our conscience permits us to do it.  More importanly, so does God.

on October 31, 2012
Email ThisBlogThis!Share to TwitterShare to FacebookShare to Pinterest
Labels: Halloween, Issues