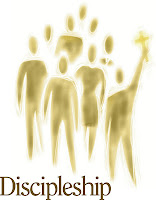 A good part of church culture in has accepted the idea of non-discipleship Christianity.  That is, people can be Christians without making any effort to submit to and follow Christ.

1.  The American gospel limits grace to the forgiveness of sin.  We place the focus of grace on conversion instead of the whole journey.

2.  The American gospel separates justification from sanctification.  Of course, justification and sanctification have two different meanings:  the reality of the new birth and becoming like Jesus over the course of a lifetime.  However, we have made the line of distinction meant to distinguish the them to become a wall that divides them.

The problem is that seperating the two gives the impression that being a Christian simply means that we have a protected status before God.  We've been taught that justification settles the issue rather than teaching that a call to believe in Christ also means we are compelled to obey Him.  In other words, the point of salvation (justification) isn’t the finish line; instead it’s the starting line for a lifelong journey (sanctification).

3.  The American gospel separates believing from following.  Believing in Jesus has no meaning if we don’t follow Him in discipleship.  Believing without following isn’t believing; it’s simply agreeing to a set of facts about a religious figure.

The problem is that we have taught a faith that doesn’t transform people.  Survey a room full of church members and most will tell you that they think discipleship is optional for the believer, kind of life extra credit.  However, in Scripture, that kind of Christianity doesn’t exist.

Both Jesus and Paul taught that following Jesus is the proof of salvation.  Jesus’ invitation to salvation always includes a life-long journey of following Him as a disciple – a life of humility, sacrifice, submission, and obedience.  But we have made the test of salvation to be intellectual rather than behavioral, ritualizing it with walking the isle, repeat-after-me sinners prayers, or signing doctrinal statements.

Churches are full of people who believe the right things but they don’t behave the right way.  The real gospel requires us to repent of our sin.  To believe in Jesus means to follow Him daily.  The evidence of salvation is living a life of transformation.  I’m not speaking of earning salvation; I’m talking about proof of salvation.

Perhaps the question we need to ask is, “Does the gospel we teach produce disciples or is it producing consumers of religious goods and services?”

on October 23, 2012
Email ThisBlogThis!Share to TwitterShare to FacebookShare to Pinterest
Labels: Discipleship, PCC