Charles Simeon – the Pastor Who was Locked Out of Church 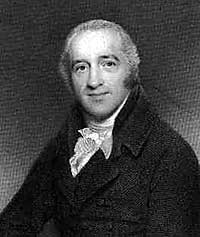 Born on September 24, 1759 in , Charles Simeon grew up in an aristocratic house and came to understand the gospel while studying at King’s College in . He was appointed as a minister in 1783, and most of the church members decided to stay home in protest of his evangelical zeal.

If you’re a pastor, maybe you struggle with a little division, but most of us can’t imagine dealing with a congregation where most people stay home in protest.

Pew holders locked the doors to prevent visitors from entering. When he went after guests, church leaders threw their benches outside. Simeon was locked out of the building when he tried to start a Sunday night service. He was frequently heckled during church services and insulted on the street.

And you think you’ve got it rough?

But here’s what is most impressive. Simeon stayed at that church for 52 years, faithfully preaching God’s Word.

Preaching was a task he took seriously. In fact, he spent more than 7,000 hours working on a book of 500 expository outlines. They were eventually expanded and published in a book later recommended by Charles Spurgeon.

Here are two of his quotes about preaching:

·      “My endeavor is to bring out of Scripture what is there and not to trust in what I think might be there.”

·      “My aim in the style of preaching is to do it so plainly and simply that all may understand and be ready to say, ‘I could have made as good a sermon myself’.”

In 1813 he hosted “Conversation Parties” on Friday nights to answer questions from people about the spiritual life. This was seeker friendly and missional living before anyone invented the terms.

During the summer, he hosted house parties for ministers and their wives to give them an opportunity to relax and develop friendships. What a great idea!

Simeon believed a pastor was a combination of a spiritual father, heavenly ambassador, and watchman on the wall. Look to the past and be encouraged. Great preaching, in spite of great opposition and fresh ideas to reach the community, lie in the past, not just the present.