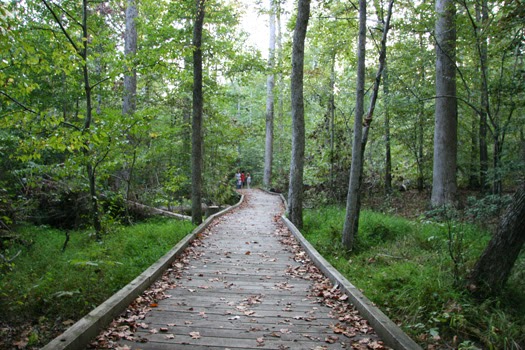 1.  Worrying about the wrong people.  Your spouse, family members, close friends, and business partners are the kinds of people who truly matter to you.  Give them your time and attention.  They deserve it.  Quit worrying about The Real Housewives of Orange County, the family members of Duck Dynasty, the President, or the 900 friends on your Facebook list.  These people will survive without you, and you can survive without them.

2.  Saying “yes” when you really mean “no.”  Stop over-committing.  While saying “yes” can take you down some wonderful roads, there’s also a lot of value in saying “no.”  Your time is extremely limited; do you really want to give it away so easily?

Refusing a request from friends, family, customers, or your employer can be difficult, but it’s not as stressful as over-committing and leaving no time for yourself.

3.  Buying stuff you don’t need.  The consumer mindset believes that happiness is found in owning more things or continuously buying new things.  Think of all the stuff you buy that you don’t really need – gourmet coffee makers, perfect-fitting shirts, collectible salt-and-pepper shakers, etc.  How many televisions and channels does a person need?  How many electronic gadgets?  Do I need a closet full of clothes that never get worn?  Most of this stuff ends up in a garage sale anyway.

You’ve heard the saying, “The best things in life are free.”  Believe it.  Spending time with friends, laughing, enjoying nature, and pursuing experiences makes life richer.  To live free – from all that excess stuff – frees you to explore new hobbies, walk on trails, and kayak.  It liberates you to purse healthy friendships and safe people.

4.  Gossiping.  Gossip is evil.  You should focus on judging less, loving more, and resist the temptation to talk poorly about other people.  Be bigger than that.  Be careful with your words.  Speak with integrity.

5.  Doing things you hate.  This needs no elaboration at all.


Why would I want to be surrender myself to a system that promotes disempowerment, and corporate and governmental dependency?  If wellness comes from drugs rather than our gardens, we’ll spend more money on drugs.  If our homesteads heal us emotionally, physically, and spiritually, what need do we have of so much health care in the first place?

Getting back to basics. 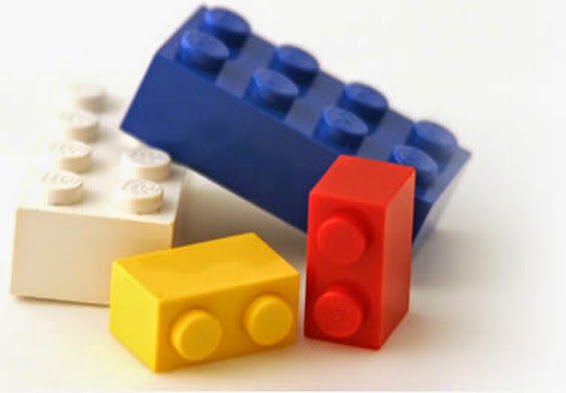 People are a lot like Lego blocks.  We all have a limited number of connectors.  Introverts will have a few.  Extroverts might have dozens.  But either way, once they’re full, they’re full.  And when that happens people tend to be friendly with others, but will not connect with them.

It’s what happens to people when they move into a new town and are excited by everyone’s friendliness, only to be discouraged three months later that they haven’t made any friends.

The same happens in churches.  Sometimes people will complain about a church being cliquish.  That’s not always the case.  In most instances, it’s not so much a church full of cliques as it is a church full of people whose connectors are already full.  They’re friendly to newcomers, but their relational overload makes it unlikely they will have room for more people in their friendship circles.

I tend to be an extrovert which means I have a lot of connectors.  However, all my connectors are full.  Due to my role and years in this community I have so many relationships that I don’t have any empty connectors left.  The only way I could add a new friendship would be to remove an existing friend to create an opening.

When I meet someone new, I’m friendly and enjoy talking with them.  Meeting new people is something I enjoy immensely.  But honestly, I’m not likely to connect with them on a deeper level or carve out a lot of time for them.  Here's why; if I have some extra time, or a chance to have some friends over for dinner, I’ll use it to reconnect with the people I am supposed to be close to but haven’t’ seen in three weeks – or three months.

The same could be said of a person’s time schedule.  Speaking for myself, my schedule is full.  All of my activity connectors are filled with things like work, family time, weekend chores, and the pursuit of a few hobbies.  I also have some rest time (margin) built into my schedule for recuperation.  The only way I could add anything new would be to remove an existing activity.

If I can't come to an event, accept an invitation, attend a party, or be present at a gathering, it's not because I'm a killjoy.  It's only because I am already so busy with other things that I cannot attend. 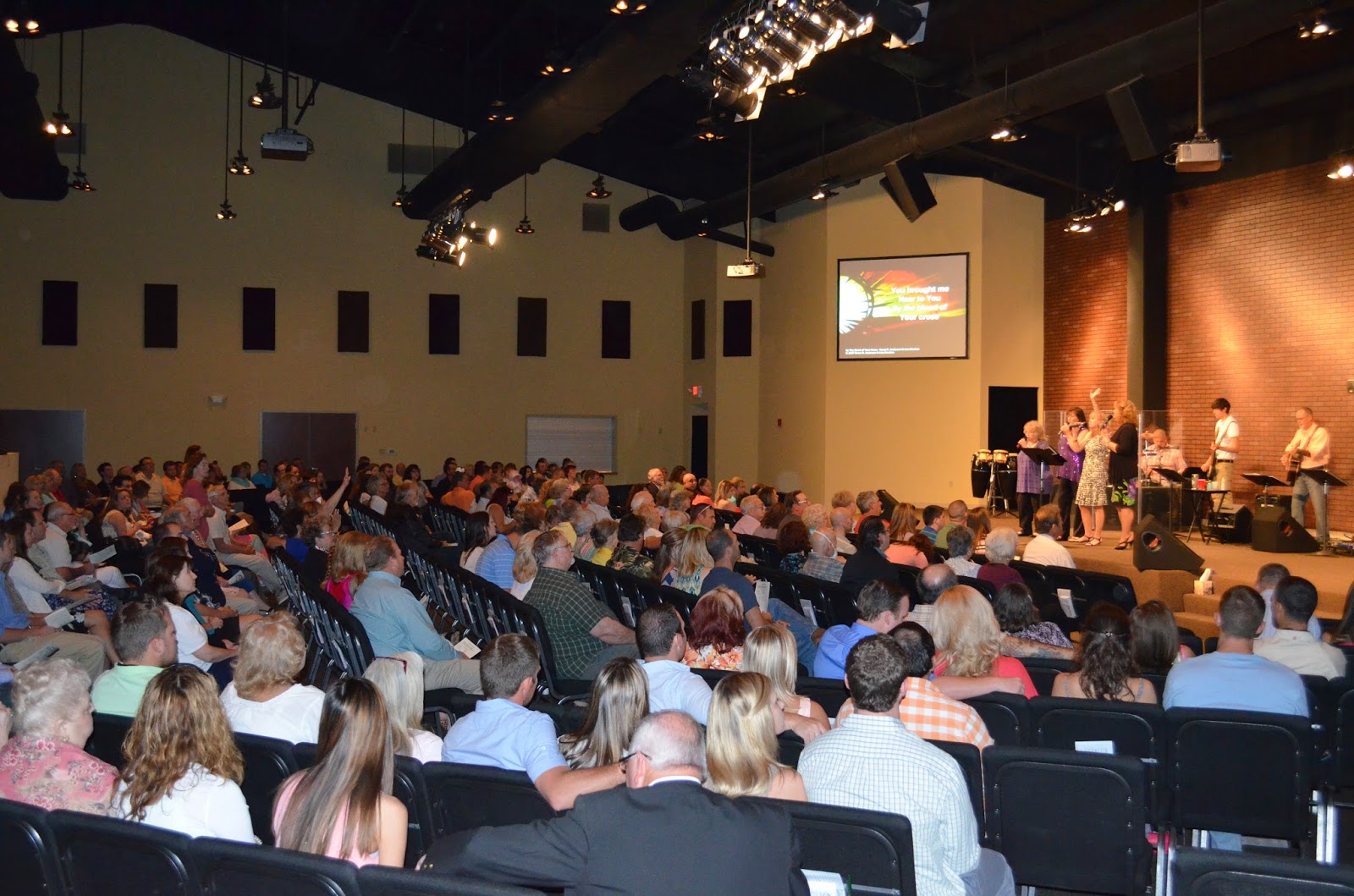 The American Flag and Churches (Re-post)


Author's note:  People tend to forget.  That's why I have to repeat myself again and again on some things.  Just because I’ve said something once or twice doesn’t mean that people “get it.”  I’ve got to say it over-and-over so that it doesn’t fade from memory, and to prevent the church from being hijacked to other agendas.  Below is a re-post from March of last year.


Maybe you've noticed. Maybe you haven't. PCC does not have an American flag on the platform. We don't have one in the building. We don't even have a Christian flag.  We don't host patriotic rallies either.

I've only been asked why 2 or 3 times in our sixteen years, each time by a visitor from another church where flags were on display.  No one from PCC has ever asked me.  I suppose it's just not that big of a deal.  However there are reasons behind the decision.

Before I give the reasons why – let me say this clearly: I am a proud American. I am patriotic. I'm a law abiding citizen. My family has a long history of military service. I have served my country in the U.S. Army, and was deployed overseas twice. If called to serve in war, I would do my duty. I am one of those who stands to my feet when the National Anthem is played, and I still believe in the Pledge of Allegiance. For all our faults, I would not want to live in any other county.

1. The first reason we do not have an American flag on the platform or host patriotic rallies is that our church services have a single focus – we have gathered to worship God, not admire our country. As good as patriotism is, it does not have equal standing with worship. Frankly, many people confuse the two, or mesh them together as one.

American flags were first displayed in church by Catholics.   Here's why:  About 150 years ago Catholics were accused of being more loyal to the Pope than to our country, so they began displaying American flags to prove they could be loyal to both. Then protestant churches who sponsored Boy Scout troops increased the popularity of displaying the flag from platforms. Now, some churches simply go over the top with patriotic themes in their services.

2. Jesus does not salute the American flag or pledge an allegiance to it.  We are not His favorite country, and believe it or not, some of our national policies are abhorrent to Him. Blending worship with patriotism is to be “unequally yoked” with the world.

3. Our church has members from other countries who are not American citizens. Why on earth would we subject them to patriotic songs or themes? They would automatically be excluded from worship. How would you like to be in Iran, fellowship with your brothers and sisters in the Lord, when they begin singing about the glories of their country or parading their national flag in the service? Would you be comfortable with that?  Would it create unity or division in the Body?

4.  The final reason we do not have an American flag on the platform is because of the law.... and it's conflict with Holy Scripture.

According to Section 175k of the U.S. Flag Code, “When displayed from a staff in a church or public auditorium, the flag of the United States of America SHOULD HOLD THE POSITION OF SUPERIOR PROMINENCE, in advance of the audience and in the position honor at the clergyman's or speaker's right as he faces the audience.”

This presents two problems in a church meeting:
By the way, the only time a Christian flag can be displayed "above" an American flag is on a Navy ship during a chapel service. Other than that time - the Christian flag MUST fly below the American flag.
Posted by Ron at Wednesday, April 16, 2014 No comments:

Here are a few things we do on Easter Sunday that undermines our effectiveness in reaching people.

1. Rebuke those who come.  “Well, good morning!  I haven’t seen you since Easter last year.  Hope you had a good winter.”

2.  Put on a “dog and pony” show instead of preaching the gospel.  Never forget that whatever tactic we use to attract people will be required to keep them.  So, if we put on a spectacular event to get people to attend on Easter but follow it up next Sunday with our normal meat-and-potatoes service, we are doing no one any good.

3.  Cantatas.  For reasons I have never understood, some churches will forego the usual service on Easter Sunday and give the choir the entire hour for their program.  This is the day to open Scripture and read it (thoughtfully, reverently) and preach its message!

4.  Bring in a guest speaker.  Assuming your church will have visitors on Easter, they need to see the home team at work.  That way, they will be able to decide if they want to return next Sunday.

5.  Going ga-ga over women’s hats and children’s Easter outfits.  Some pastors love to call attention to all the new clothes and outfits being worn.  The point is not to overdo it.  A pastor should never forget the poor in the congregation who would love to buy new clothes for this wonderful day, but are unable.

6.  Welcome your guests to a poorly kept building or neglected campus.  I am so proud of our volunteer teams who do maintenance, mow the grounds every Thursday, and clean the building every Friday (52 weeks per year).  This Sunday hundreds of people will drive onto our campus grounds and will see a place that is maintained for God’s glory.  First impressions are important. 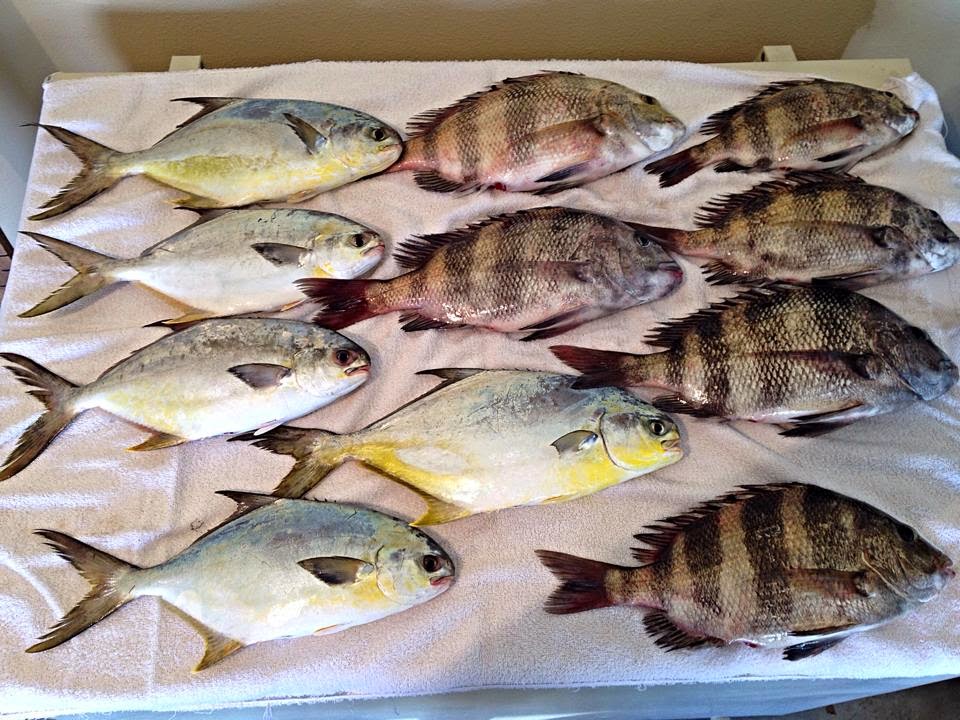 
Sheepshead are running right now.  We've had pretty good luck so far during this (cold) spring weather.  On this day we caught six.  They were so big they almost filled our ice chest.  We both caught three each, but Renae skunked me catching the two largest two. 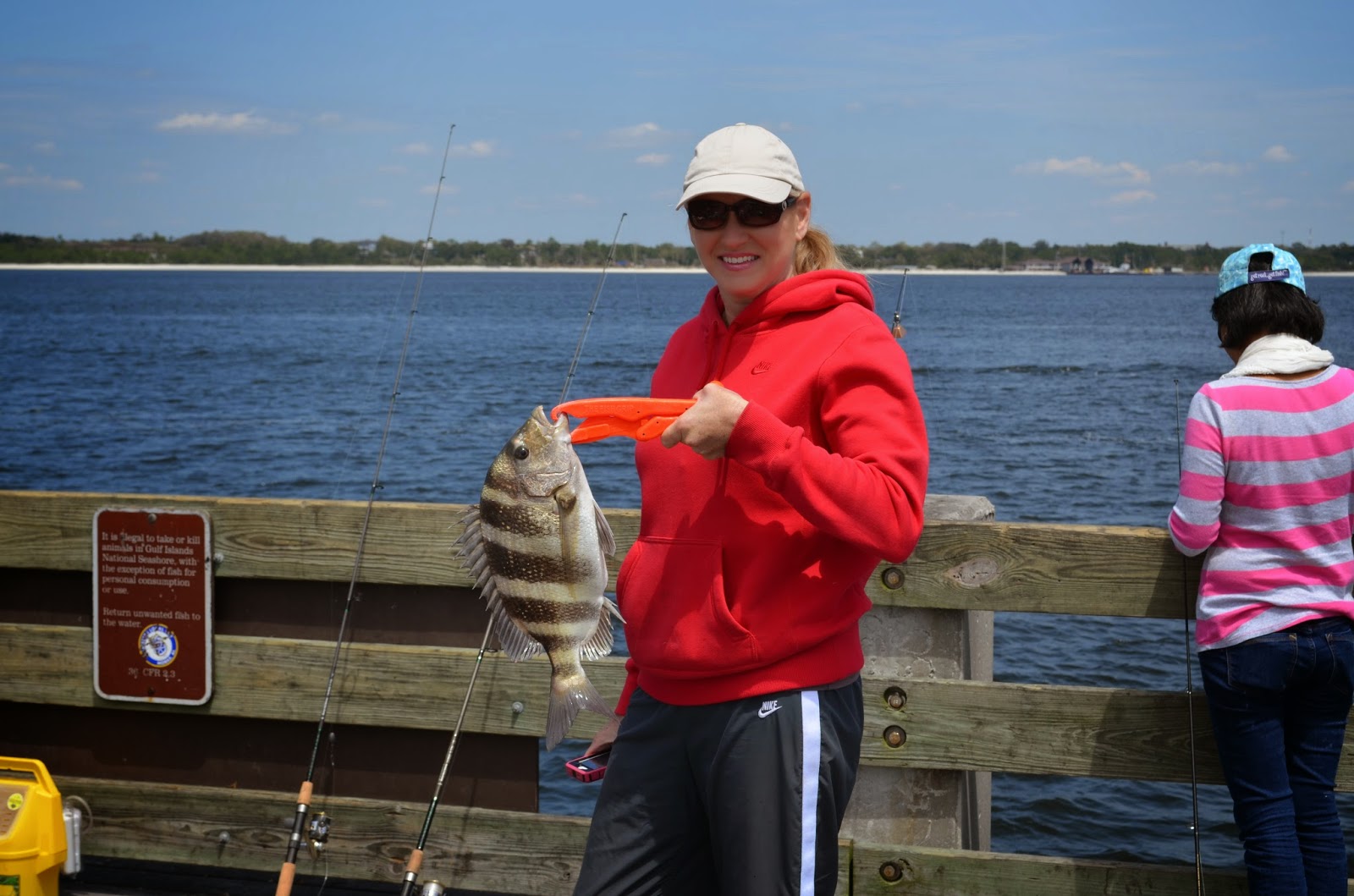 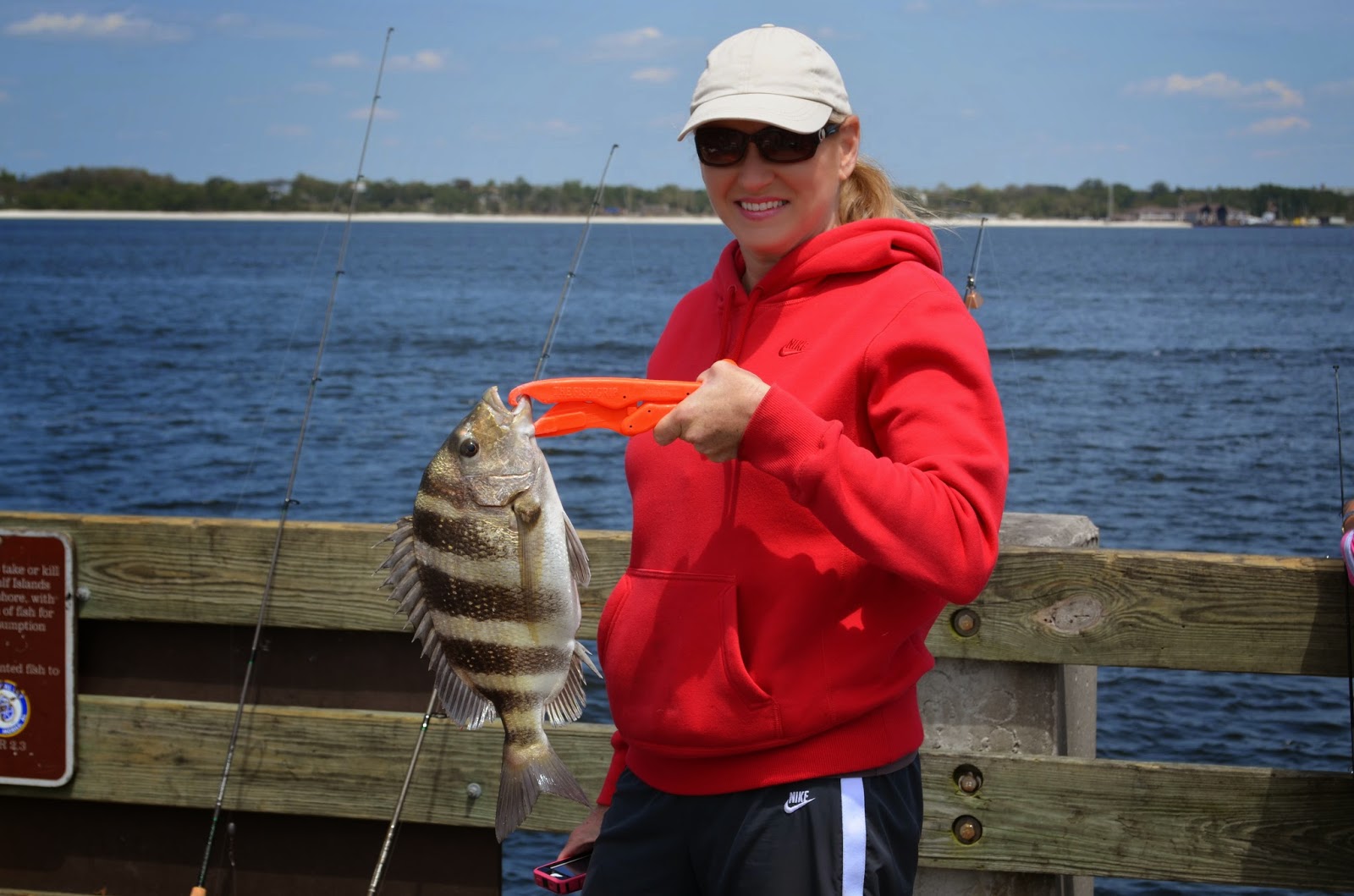 I really like living in NW FL just for things like this.  Pensacola is a destination for vacationers from all over the country.  I get to enjoy it 365.