"Fifty Shades of Grey" and a Brief Theology of Sex 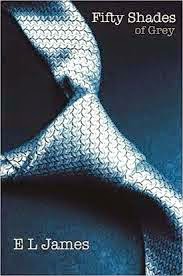 This weekend – Valentines Weekend nonetheless – will be marked by the release of the movie Fifty Shades of Grey.

No, I have not read the book.  Neither will I watch the movie.  But I have read enough reviews and descriptions about the plot to know what it’s about… and it is one of the most salacious things a person could read.

I believe there is a place for sex in literature, especially when it's key to the story.  Even the Bible gives vivid descriptions of love and intimacy in the Song of Solomon.

But Fifty Shades of Grey is just one sex scene after another, almost as if the point is to glamorize and promote bondage, domination, sadism, and masochism.  Sorry, but it’s just a dirty book and it will be a dirty movie.

In the book of Genesis we read that humans were made in the image of God, both male and female.  Sexuality is God’s design.  Which means sex is not only a good thing, it’s a God-thing.  It’s part of His design for our lives and bodies.

Christian author Phillip Yancey, in his book Rumors of another World, writes, “the human body is beautifully endowed.”

Tragically, when the fall of mankind took place in Eden, sex was affected by the fall.  Adam and Eve suddenly realized they were naked, they were ashamed, and tried to cover themselves.  Intimacy was damaged as they tried to blame each other for their sin.

So sex fell with the rest of creation.

Hebrews 13:4 is very clear about the beauty of sex in God’s design…. “Marriage is honorable in all, and the bed undefiled:  but whoremongers and adulterers God will judge.”

The marriage bed is undefiled…. Let that sink in.

Sex is a beautiful, wonderful thing.  And the Bible looks upon it as a beautiful thing.  So beautiful, in fact, that it teaches us to honor and preserve sex in all its power, and wonder, and intimacy, and mystery.

All that to say, enjoy and celebrate sex this Valentine’s Day.  Every day for that matter.  But NOT the fallen kind.  NOT the Fifty Shades of Grey kind.

Sex is very much like fire.  In the proper place and setting it is beautiful.  But if it gets outside of your fireplace (outside of where it belongs), it can burn down your house and everything you have.

Proverbs 6:27-29 reminds us:  Can a man scoop fire into his lap and not be burned?  Can a man walk on coals and his feet not be scorched?  So is he who sleeps with…… (I’ll let you look it up yourself to read the rest).

The same fire that warms and brings comfort… can also burn you.

So no, you won’t see me at the theater this weekend…. I’m staying away for my sanctification.

PS - Amelia Warner, wife of lead actor Jamie Dornan, has stated she will not be watching the film either.  She doesn't want to watch her husband having bondage sex with another woman.

on February 11, 2015
Email ThisBlogThis!Share to TwitterShare to FacebookShare to Pinterest
Labels: Issues