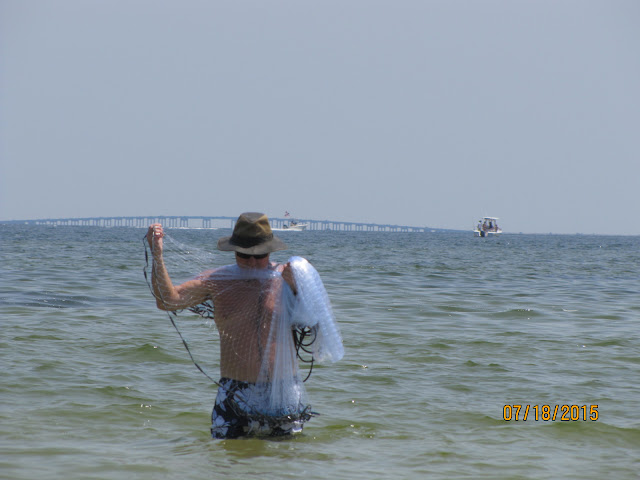 When We Backslide, a lot of things happen, and None of Them are Good

Backsliding.  It’s an interesting term, isn’t it?  It says what it is.  It needs no explanation.

You’re saved.  You love the Lord.  You express your devotion publically.  You’re doing well, and then you fall into sin one way or another.  Perhaps you slipped or you plunged… either way, you knew full well what you were doing.

Now look at you.

God seems so far away, and the closeness you once had with Him a distant memory.  You remember when you felt so close to God, so clean and pure, and so happy in Him.  You delighted in reading His Word, and perhaps even teaching it to others.  You used to love gathering together with the Lord’s people singing hymns, worship songs, and praying together.

Something in your heart has died.  The light has gone out.

And you know it.

No amount of wine, fine dining, amusement parks, camping, road trips, hanging out in taverns, lounging by the pool, sleeping in on Sunday’s, or whatever… can replace the spiritual void that now exists in your life.

Husks of corn are fit food for swine, but cannot satisfy the hunger in the prodigal's belly... neither can worldly entanglements provide nourishment for your soul.

What’s wrong?  You have backslid.  It could involve sins of commission or omission, or both.  Either way, the joy you once had in the Lord has disappeared.

This is a miserable place to visit… and no one in their right mind would ever want to live there.

When this happens, a hundred things takes place.  None of them good.  Here’s my short list:

You are treating Jesus with contempt.  Your turning to sin is an insult to Him.  It's as much a slap in His face (or more) as the Roman soldiers did to Him the day He was crucified for your sin.  Does His sin-sacrifice mean so little to you that you now have left Him and embrace the world?

You have lost your first love for Him.  Read Revelation 2:4 and be fearful.  Also read Revelation 3:14-22 about the believers who had grown “lukewarm” in their faith.  They were under threat by Jesus Himself to be “spewed out.”

You resent reminders of your spiritual status and your need to repent and return to the Lord.  These friendly reminders from friends, family, or spiritual leaders feel like a poke in the eye with a sharp stick.  Your spouse points out you no longer read the Bible, and you explode.  A friend from church calls to say they have missed you, and you grow angry.  And, had no one called, you would have used that as an excuse against the church.  Anger is ruling your life.

The backslider becomes critical of the church, Christians, preachers, and Christianity in general.  “They’re all hypocrites.”  Or, “They’re all so judgmental.”  Or, “If that’s what a Christian is, then I don’t want to be a Christian.”  On and on it goes.

The backslider can wax eloquent on the faults of the church… and yet, there was a time in your life when you didn’t feel that way.

The backslider rationalizes his/her new lifestyle while indulging in behaviors he/she would have previously shunned.  This needs no elaboration.

Worship of God loses its meaning.  The backslider stays home or finds something else to do on the Lord’s Day because their devotion to God has been lost.  Now, cleaning out the garage, sleeping in, or going to the beach is more important.  The Lord’s Day has now become Sunday Fun Day.

His/her testimony is compromised and credibility is shot. You once lived for the Lord in deep devotion.  You  espoused the virtues of  godly living.  Your testimony was clear.  And people noticed.  Your family, friends, and co-workers were impressed with your commitment to God.

But now they notice something else... how far you have backslid... and it makes a deep impression on them.  But not a favorable one.  Only contempt.  In fact, they probably think it was all a put-on.  That it wasn't real....

And that's exactly why God has to do something about it.... to bring you back to Him.

God will intervene, bringing chastisement.  Pain and correction are the backslider’s future.  The Bible is clear, God chastens His children who stray.  (See Hebrews 12:4-12).  He does this for the express purpose to get us to repent and return to Him.  He uses pain and correction to produce the fruit of holiness in our lives.

He doesn’t do this to the unbeliever.  He does it to His children who have strayed.  It's guaranteed to  happen.  Look it up.

After he humbles himself and repents, and after he is back in church serving the Lord and enjoying the close fellowship with Him and His people, the believer looks back and wonders: “What was I thinking?”  And he is so grateful for the loving kindness of the Lord.

Don’t ever backslide.  The way of the transgressor is hard.

These are Cajun Bells.  They're like a bell pepper, only smaller and slightly spicy.  Perfect for cooking.

In the background are field peas (Brown Crowder) 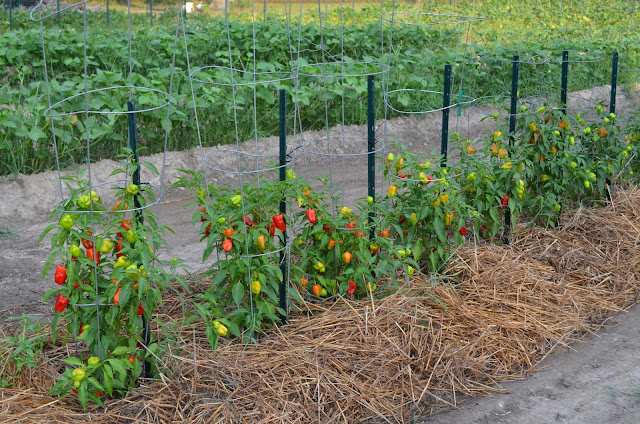 All in the Family...

Me, two sons and a grandson... started with my father
Four generations 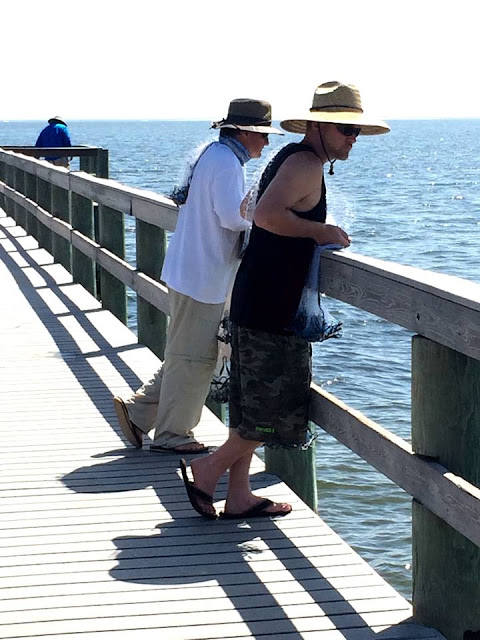 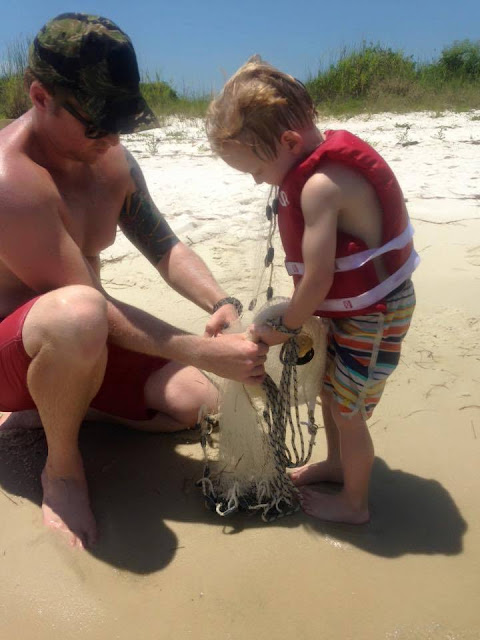 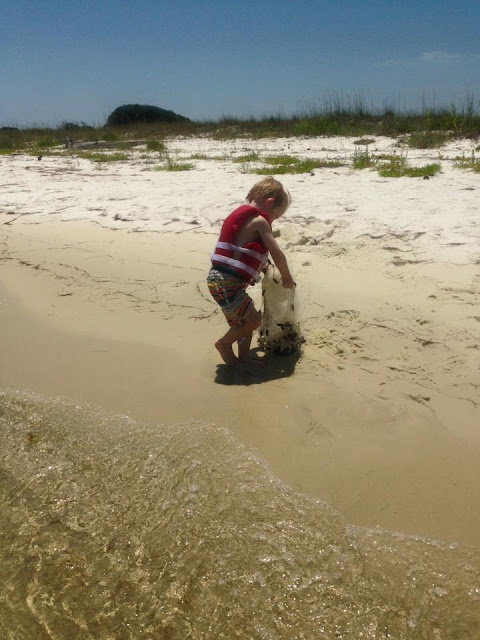 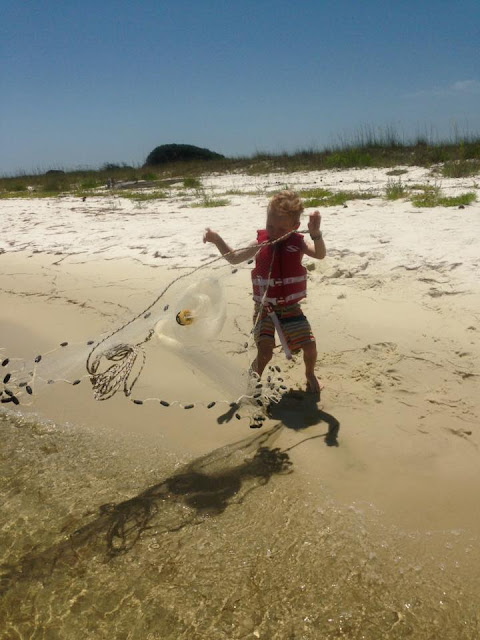