Quarrelsome Anger Disqualifies One From Ministry 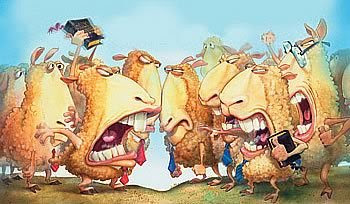 Have you ever seen someone self-destruct because of anger? Maybe it was in a marriage, on the job, or in a friendship. Not a pretty sight. Is it?

Over the years I have seen a number of people lose their ministry because of anger. Not an anger incident, but rather a deep, abiding, unresolved anger that constantly simmered and eventually erupted in a meltdown.

In I Timothy 3 the Bible describes the qualifications for church overseers and deacons. In this list of qualifications the paramount issue is ones character. A man is qualified because of what he is (in character), not because what he does, the ministry he leads, or the title he has been given. And these Biblical standards for leadership are non-negotiable.

In the middle of this list, verse 3 states that such a person should be “no striker” (KJV) or “not quarrelsome” (NIV) – meaning he is not a fist fighter, prone to unrighteous anger, or argumentative. You simply cannot be an elder, pastor, church leader, or even a ministry leader if you have an anger problem or angry disposition; it is a ministry-disqualifier. “No Striker” is where we get our modern day word “pugnacious” which means, “giver of blows.” An overseer/deacon is not quick-tempered and must be able to handle things with a cool mind and a gentle spirit.

Can you see why this is such an important character trait for those who would be in the ministry? To put an angry man or woman in charge of anything inside the church would be disastrous.

It is impossible for an angry leader to continue in ministry. Here's why:

One way or another, there is simply no long-term furture for such person. Barren branches is what they become. I’ve seen more than one ministry go down in a spectacle of flames because of anger.

Consider what Solomon said - Proverbs 22:24-25 (NIV) 24 Do not make friends with a hot-tempered man, do not associate with one easily angered, 25 or you may learn his ways and get yourself ensnared.