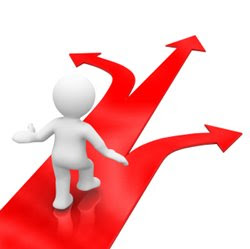 The worst thing a leader can do when he/she becomes aware of a problem is to ignore it… because problems never just go away on their own.

I believe that when I become aware of a problem in the church, God (in His wisdom and sovereignty) has revealed this matter to me and doesn’t want me to remain passive about it hoping it will go away. He wants me to make a decision and take action. That's what shepherds and overseers do.

I know church leaders who allow bad programming to continue in their church… thinking that one day this horrible situation will magically become good. It doesn’t. It just gets worse.

I used to attend a church where the song leader was a disaster! He couldn’t sing. He was always out of pitch and out of key. He had no sense of timing and no rhythm. I mean he was a disaster. It was so embarrassing and awkward. Someone needed to tell him that he was not gifted for that role. Yet no one said anything or did anything. They just let it continue… year after year. It literally killed that church. No one would intervene because they were afraid of the “family fallout” that would result… and no one wanted to come across as being “the bad guy” who “puts the little man down.” Yet this church died. Was that better?

Leaders can’t worry about someone’s feelings or trying to keep everyone happy when bigger issues are at stake. That sounds good when you say it, but it’s not an easy thing to do. Here’s why – when people are upset about something (or their feelings have been hurt) they are usually the loudest, which makes them seem like a majority. Yet a leader has to stand firm, even when he or she is misunderstood. You’ve got to have thick skin and a firm conviction that what you are doing is for the betterment of the church as a whole, not some individual with sensitive feelings.

The apostle Paul wrote the Galatian believers and really ticked some people off. But he didn’t care because bigger issues were at stake. He said, “I marvel that you are so easily backslid… have turned to another gospel… let anyone preaching that junk be accursed… Do you think I’m trying to please God or men by these words? If I seek to please men then I am not the servant of Christ” (Galatians 1:1-10). It’s easy to tell he never read Dale Carnegie’s book, “How to Win Friends and Influence People.”

If a leader's number one goal is to avoid conflict and try to keep everyone happy… he will fail at that task and will make everyone unhappy. On the other hand, when leaders intervene and make tough calls for the sake of the church (as a whole), then the whole body becomes healthier, more harmonious, and effective.

on February 26, 2009
Email ThisBlogThis!Share to TwitterShare to FacebookShare to Pinterest
Labels: Leadership, Ministry