The Ethics of Receiving Members from Another Church 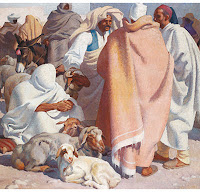 About three years ago (while still meeting at Pace High School) a large group of people from a church in Milton began showing up at our Sunday morning services. This happened over a period of several weeks. First it was a trickle, but it quickly turned into a steady stream which got my attention. I knew all these visitors came from a single church because of the information they provided on their registration cards.

Let me pause to say that having people from other churches visit our church is not that unusual. Nor is it unusual for any church for that matter. It’s just a fact of church life. Church transferees sometimes find a new church home at PCC and are a blessing to us. In fact, some of our best members have come from other churches, and were sent to us by God. But when a large influx of new visitors suddenly arrives at PCC from a single church elsewhere, my antenna goes up. It doesn’t take a rocket scientist to figure out that not everything is as it appears on the surface. It’s important to probe a little deeper. Which I did. More about that later.

First here, are some thoughts on the ethics on receiving members from other churches:

I had a few conversations with some of these new arrivals and was able to quickly ascertain that they had left their previous church because of an internal squabble. An organizational realignment was taking place, affecting a handful of people who did not get their way, so their response was to leave and find another church – ours. This handful of people were able convince many others to follow them which resulted in significant damage to the church they left behind. By now I am seeing warning flags all over the place. Then some of these people actually began calling me in my home! They would pour on the accolades about how great our church was and how bad their former church was. I was unimpressed.

Knowing something had to be done; I called the pastor of this church. In the conversation I said, “John (not his real name), a lot of members from your church have been showing up at PCC for the last six weeks or so. I’m so concerned about this that I wanted to assure you that I have not been soliciting them, encouraging them to come, or inviting them. They are just showing up. Can you tell me what is going on, and what can I do to help?” We had a very lengthy conversation and traded a great deal of information.

John was so impressed that I had taken the time to call and reassure him, that he gathered his staff, church board, and entire leadership team and told them of our conversation. When they realized that Pace Community Church was not in competition with them, but only wanted to help, they were filled with enormous gratitude. I can't tell you how grateful they were. It was amazing.

Then I spoke to the obvious leaders of this new group in our church and informed them that it wouldn't be any different for them at PCC than it was in their last church. We sometimes have to make tough decisions that not everyone likes, and if you’re looking for a church where you can always get you way, then you’ll be disappointed. To the person, every one of them left within two weeks. Every single last one of them.

One of the richer aspects that I learned from this experience was that everyone involved had an opportunity for spiritual growth by responding in a mature way.