Women, Slaves, and the Progress of Scripture 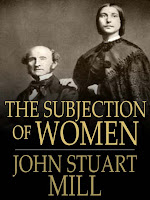 In the Bible there are a lot of scriptures we don’t practice and commands we don’t obey today… simply because they were first given within a certain “cultural context.”

Consider the subject of SLAVERY and WOMEN and what the Bible has to say regarding these topics. Are these commands still in force, or do they have “movement” in them? – that is to say – were they applicable when first given, but not necessarily intended for all people of all generations?

Are those commands still in effect? What about these:

These passages (and others like them) seem to support slavery and subordinate women. Is this the intention of scripture? Is this the will of God? Or were these instructions written simply because the institution of slavery and the subordination of women were practices ALREADY IN PLACE, and the Bible was simply teaching Christian slaves & women HOW TO HONOR GOD WITHIN their CONTEXT and CULTURE? It appears so, because the progressive nature of the Bible ALSO SUPPORTS the LIBERATION of slaves and women!

We know that slavery is morally wrong. It always has been and always will be. We know that the subjugation (forced submission) of women is also wrong. So what is the point of the above passages? Are they intended to preserve the institution of slavery and oppress women for all generations? Do the meanings of these passages transcend all cultures and mean the same thing to us today as when originally given? Or is there another way to look at these passages?

According to this passage all class distinctions are wiped away in Christ. In God’s eyes, there is no room for racial bias, slavery, social bias, subjugation of women, or gender bias, and seems to suggest a ‘progressive movement’ away from the other hard-line passages. Could this be the intent of God - the eventual liberation of slaves and women? It appears so.

WHY IS IT THAT SOME CHURCHES TODAY STILL INSIST ON SUBJUGATING WOMEN? Women are excluded from essential roles simply because of their gender and kept down, much like they were thousands of years ago. If such people want to enforce the scriptures about the subjection of women and their role in the church, then let him also enforce the scriptures about the institution of slavery. Consistency demands it! If you conform to one, you must conform to the other. If you demand submission from women, demand it from your slaves too. Or either admit that your interpretation of the scriptures might need to be reexamined!

Admittedly, it is difficult to interpret some texts as having an ‘original culture’ application only and conclude they are less applicable today, because all scripture comes ‘packaged’ with a ‘divine’ authorship. But these troublesome questions will not go away.

An honest handling of the scriptures demands that we wrestle with these issues to arrive at a sound conclusion in our systematic theology. On the subjects of women and slavery, it is safe to view these passages as being intended for a specific cultural context, while also recognizing that other passages in the Christian Bible also point towards ‘movement’ away from the institution of slavery & the subjugation of women. By taking this approach you might be closer to ‘rightly dividing the Word of truth.” I think church leaders should think long and hard before advocating any kind of patriarchy in the church or the home.

on October 02, 2009
Email ThisBlogThis!Share to TwitterShare to FacebookShare to Pinterest
Labels: Women