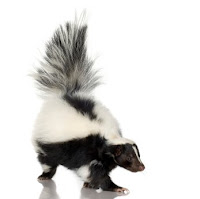 People who like spread slander will usually go to anyone who will listen, but not to the person they are talking about. Why? They want to avoid a face-to-face conversation at all costs because they know what they are saying is false, and an open meeting would expose them as liars.

If an accuser does not follow Matthew 18 by first going in private to the person he has an issue with, then his accusations must (under God) be rejected as being unbiblical. Anyone who receives such accusations is sinning by simply listening to the gossip and is just as guilty.