Confessions of a Church Planter (Part 4) 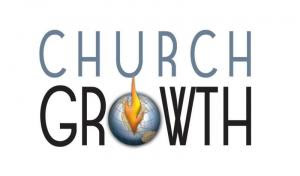 A Turning Point About Growth

By the end of the summer of 2001 we were running about 125-150 in attendance and had purchased 25 acres of land. It was an exciting time for us because it gave us the feeling of being a legitimate church and we were now taking tangible steps towards having a permanent location. We put a sign up on the side of the highway that read “Future Home of Pace Community Church.” It felt good.

Many churches at this size often stall and do not grow any farther. The reason is simple – the highest number of people that the average person can connect with is about 150. In fact, the average church member knows only about 60 people in his/her church no matter what size it is. A church of 150 is one single cell where everyone knows everyone else; it feels like one big family. Therefore any church that is committed to evangelism and bringing the gospel to their city will find it very difficult to grow beyond this number.

When I told our people that we were going to continue growing beyond that number, some of them freaked out. The most common complaint was “Our church is going to change,” or “I like things the way they are now” or “If we grow I won’t know everybody.” I decided right then and there that was exactly the reason why we needed to keep growing – so that we are not held down at a level where certain people felt the need to know everyone else and everyone else’s business.

Our church services started getting better. We scraped together enough money to buy some honking speakers, poles to mount the speakers on, and an overhead projector for the song service. We added a few members to the band which helped. I thought "we've really got the ball rolling now" and will surely go over the 200 threshold and keep growing. But it seemed like we had to find a new drummer or new singers every couple of months because someone would sleep in and not show up, or would get mad about something and quit, or we would have to remove someone because of a morality issue. Each time that happened our church services would go back to stinking again, just like the smelly school cafeteria we were meeting in.

It seemed like for every inch of ground we gained, we would lose a foot in return. Satan certainly does not want God’s church to grow and will often use people to resist any efforts to do so. Spiritual warfare was involved here, not to mention a lack of Biblical understanding on the subject of church growth. So I attacked the problem with the scriptures.

I continually stressed the importance of taking the gospel to our city. I taught from the book of Acts showing how the early church was birthed and grew by the power of God. We discovered together that the early church started out with 120 people but quickly grew to 3000 because this was the will of God to happen. I also explained that if the early church had the same attitude that our church had, the gospel would have never spread from Jerusalem and we would have never heard about Jesus ourselves. I made it clear (in the Sunday messages and our membership class) that limiting the size of our church for our own convenience was a sin and that we should be a church that exists for the people who are not yet saved more than for the people who already are.

Looking back, I believe this was one of the most important moments in our church’s history because we were deciding if PCC was going to be defined by the size of our mission to take the gospel to our city or by the number of people who were currently attending.

The scriptures won the day.

Now the hard part began. We had to get our church functioning with healthy internal systems, competent leaders, and clear expectations from our people. This season of our church was marked by a number of critical beginnings, such as getting the wrong people out of our church and getting the right people to commit to our church, as well as doing whatever it takes to fulfill the mission God had given us.

It was time to set the church in order.

on February 22, 2010
Email ThisBlogThis!Share to TwitterShare to FacebookShare to Pinterest
Labels: Confessions