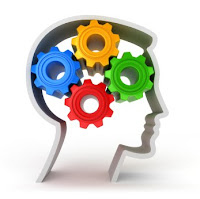 on February 21, 2010
Email ThisBlogThis!Share to TwitterShare to FacebookShare to Pinterest
Labels: Church

Although some may think this last series from Malachi was a tough pill to swallow I really enjoyed it. I know that sometimes I have been a hearer of the word only and not a doer, but I am praying that I will be more of a doer of the word than just a hearer. Thank you for continuing to preach on the hard stuff that others shy away from.

Pastor Ron,
I am so glad to be envolved with a ministry at our church. As I am envolved with the care team I have more prayer time with God which is great. There are so many people that step up and help in times of need.
Sandy

Louie,
Thanks for the encouragement. When I am apprehensive about teaching difficult subjects I comfort myself with Jesus' words when He said, "My sheep know my voice...."

God's people always want to hear the truth of God's Word; even the challenging parts.

Sandy,
Thanks for volunteering and being such a vital part of our church. The ministry area you serve in does a great deal of good for the PCC family, not to mention how much it helps me personally. Additionally it does a pastors heart good to see so many people ministering to "one another."

Blessings to you and Brad.