Spirituality is Not the Same for Everyone (Part 4) 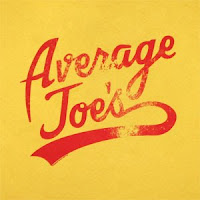 Is Being Average a Sin?

Is God-pleasing spiritual growth supposed to morph us into some sort of super saint?

As a new Christian I would have answered, “Of course.” All my faith heroes were mountain-moving, charge-the-hill warriors for God. Somehow, somewhere, I picked up the idea that we are all called to do great things for God; that the more devout we become, the more we will be transformed into spiritual Bravehearts, serving God and rallying all others to do the same. It sounds good. And it’s motivational, as long as you are the kind of person who dreams big and has lofty ideals.

But what if you are more of a private person? What if you’ve never dreamed of turning your world upside down? What if your idea of a great life is a quiet life? Does it mean that something is seriously wrong with your spirituality? Or could it be that that is how God made you, and the rest of us will just have to learn to deal with it?

I would say that there are a lot of overly pious people who think something is spiritual wrong with low-drive Christians. That’s because people with zeal tend to project “their passion” onto everyone else. Since they have heard their own call so clearly, they assume anyone who does not share the same passion and vision must not know God very well – and often will appoint themselves to fix you.

That’s how I used to feel until God brought some remarkable people into my life. They weren’t remarkable for what they accomplished; they were remarkable for who they were. They were as godly in character as anyone I’ve ever met, and not a single one of them was a leader, missionary, or Bible teacher. What’s more, when it came time to charge the hill, they opted to serve in the supply line. When challenged to sign up for new programs, work their way up the system, and join us in bold steps of faith, they smiled and politely declined.

On one hand they failed to match up to my image of what a sold-out-for-Jesus, on-fire-for-God Christian should look like. Not a lot of drive, not many accomplishments. On the other hand, when it came to character, relationships, and integrity, they were some of the most Christ-like people I’d ever met.

That caused me to start wondering if my definition of a good Christian was flawed. I began to wonder if there room in God’s kingdom for regular people? Could someone be average and still please God?

I had always assumed that Timothy, Titus, and Silas represented the standard fruit of Paul’s ministry. But I missed the obvious. Timothy and Titus were rare, and represented the next generation of leaders, not the standard for everyone. The vast majority of people that Paul led to Christ, and the majority of people in the churches he planted, never became leaders or joined Paul on a missionary journey. They were farmers and merchants, mothers and fathers, sons and daughters who quietly lived out their lives as regular Christians. These Christian converts of Paul never planted a church, spent hours in study or solitude, or courageously preached on a street corner. Even though they didn’t do great things for God, they DID cross the finish line after having run the race well.

Let’s be honest. In many churches today, average Christians are criticized as being “nominal” believers. What kind of pious talk is that? You’ve heard it before. You have been hammered by being told you are not doing enough, not reading enough, not praying enough, or living holy enough. You have been force-fed a diet of spiritual disciplines and Biblical knowledge all designed to make you into the one thing you’ve never wanted to be: a super saint.

You have probably been bombarded with drive-by guilt trips heaped on you by over-zealous, narrow-mined teachers who constantly remind you of your failures to measure up to Christ’s commands. These zealots are hard-charging and possess strong opinions of themselves and everyone else. No wonder so many of us simply give up. We’ve never seen a model of spirituality that works for us.

Think of the countless numbers of regular Christians who sit in churches on Sunday worshipping the God they love. They will never read their way through the Bible. Most will never teach a Bible class, go on a mission trip, house the homeless, talk to strangers about Jesus, or do anything spectacular. All they will ever do is simply live a life of obedience with grace and dignity. All they will ever accomplish is raising their children well, be good citizens, faithful employees, and walk with Jesus daily. Yes, they will love and know God… model a quiet life without hypocrisy… and bear the fruit to prove it.

In my mind, such people are not only spiritual, they are spiritual giants... and I love shepherding them.

11 Make it your ambition to lead a quiet life, to mind your own business and to work with your hands, just as we told you, 12 so that your daily life may win the respect of outsiders and so that you will not be dependent on anybody. (I Thessalonians 4:11-12)

on March 25, 2010
Email ThisBlogThis!Share to TwitterShare to FacebookShare to Pinterest
Labels: Spirituality