Spirituality is Not the Same for Everyone (Part 5) 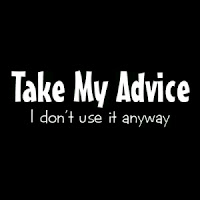 Like most pastors, I have a lot of people coming to me for advice. Church members often want help with a personal issue – a troubled marriage, a wayward child, a financial mess, or health related matter. Whatever the problem, my response is always the same. I listen, try to discern the unique circumstances about their situation, then apply my best wisdom to whatever they are going through.

But some cases are so complex there’s no easy answer – sometimes no answer at all. When that happens I am usually quick to admit that I have nothing to offer but a listening ear. There’s no need for me to fake it or pretend I know more than I know.

Other situations are so obvious that I know exactly how to solve them. In those cases, I’m not the least bit shy pointing out to them a prescribed course of action. There’s no need for me to hold back or beat around the bush. They’ve got a sticky problem, so let’s fix it.

But then there are the really tough cases. These are those people who come to me asking for advice but don’t really want it. It’s more common than you think. Lots of people who ask for advice really want confirmation or validation instead. They are easy to spot, because they always follow the same pattern. No matter what I suggest they do, they have ten reasons why it won’t work. And no matter how bad the situation, after meeting with me they go out and continue doing exactly what got them into the mess in the first place.

What’s more, they tend to come back to me again and again, each time asking for more advice – though once they get it, they blow it off as being unreasonable or unworkable.

For several years each time this happened, I did not know how to respond. I wanted to be kind and gracious, so when they’d call and ask for another meeting, I’d go ahead and schedule it. They’d come in and we’d go through the same drill as before. They’d ask what to do; I’d tell them; then they’d go back out and do whatever they wanted to do or had been doing all along.

One young man stands out in particular. His struggle with moral purity chalked up countless hours of my time. Each time we met I’d tell him the same thing, “Flee youthful lusts. Run from this situation.” But instead of running, he continued to hang around the temptation, in this case a young woman with whom he had regular, casual sex with. It wasn't even a romance; it was a friendship with side benefits.

He claimed he wanted to stop - and seemed very sincere. But instead of following my advice, he kept trying to overcome the temptation with new bursts of self-discipline, prayer, or extra Bible study. He didn’t think the Biblical admonitions to flee sexual temptations actually applied to him. He felt like he could overcome this situation by his own rules because he was somehow different.

After many frustrating encounters like this over the years I finally adopted some rules that now govern my counseling sessions. It goes like this: Ask me anything, and I’ll give you the best advice I can give. Ask me a second time, and I’ll do the same, even if you ignored me the first time. Ask a third time, and I’ll still give it my best shot. But after that, it’s strike three, and “you’re out!” When someone crosses the threshold of ignoring my advice for three times, I’m done. It makes no sense giving advice that I know will not be followed. And it makes no sense to keep trying.

God is Not Our Cosmic Consultant

When it comes to our relationship with God, we often do the very same thing as these hard-headed counselees do, but with one major difference. When God gives guidance, it’s not coming from a fallible pastor; it’s the counsel of God Himself! And when God speaks, it makes no sense to push back and give Him ten reasons why it won’t work. That's an argument that none of us can win.

Every time we push back from God's Word, because we believe His counsel doesn't apply in our situation, He STOPS BEING GOD and becomes our COMSIC CONSULTANT.

A consultant is someone whose wisdom we highly value and listen to, but at the end of the day, WE make the final decision. That’s why they are called consultants.

Here’s the problem: God DOESN’T DO CONSULTING. Never has. Never will. He does GOD. When we treat Him as a consultant, He simply stops showing up to the meetings. We may think He’s there. But He’s not.

HERE'S THE POINT: When it comes to being a spiritual person, the AMOUNT of light and knowledge we possess is not nearly as important as what we are DOING with that light

on March 26, 2010
Email ThisBlogThis!Share to TwitterShare to FacebookShare to Pinterest
Labels: Spirituality