People Who Bewilder Me 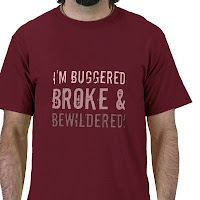 1. Those who show up to church two-or-three times a year and expect the pastor to drop everything he is doing to provide them with his undivided attention or time.

2. People who put nothing in the offering because they buy lotto tickets instead, but have the nerve to ask the church to pay their utility bills.

3. Parents who put their children on restriction from church or the youth group; the very thing that could help them with their behavior and future – not to mention their afterlife.

4. Those who expect the pastor to tolerate their political views, but leave the church because of his.

5. The “occasional” volunteer who expects the church to throw a parade in his/her honor when they finally get around to doing what the Bible commands.

6. People who enjoy the grace of God, but do not extend that very same grace to anyone else.

7. Pastors who leave one church for another church for better pay or to move up the ladder.

8. Those who teach man-made systems of theology rather than the BIBLE itself.

9. Pastors who look like political pundits instead of ministers of the gospel.

on April 14, 2010
Email ThisBlogThis!Share to TwitterShare to FacebookShare to Pinterest
Labels: Church

Once again Ron!! I love your no bones about it attitude!! I can appreciate honesty and transparency!! My honesty tends to get me in trouble! So I know it is not easy telling the absolute un sugar coated truth! I read your blog with a grin daily!!

My honesty gets me into trouble sometimes too.

Every now and then I will post something that has too much edge on it creating quite a backlash for me. I've actually had to remove a few blogs because they were so misunderstood or controversial.