How Long will you Hesitate Between Two Opinions? 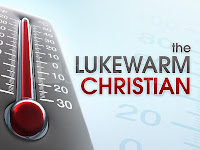 Elijah went before the people and said, “How long will you waver between two opinions? If the LORD is God, follow him… (I Kings 18:21)

At a critical time in Israel’s history, the prophet Elijah challenged the people to serve only God. Much of the nation was involved in open idolatry. Yet even more of the people had grown lukewarm about spiritual matters and were thinking only half-heartedly about the God of heaven. Worse still, they were indecisive, unwilling to make a decision.

So Elijah confronts them with this truth: “How long will you waver between two opinions? If the LORD is God, follow him…” In effect he was telling them: “You can’t have it both ways. If God is God, follow Him. If Baal is God, follow him. Get on one side or the other. It’s decision time.”

The people didn’t say a word. They remained silent and unmoved. The easiest thing to do at the hour of decision is to remain uncommitted. Just linger in the neutral zone. And that’s exactly what they did.

Then there is the Christian who is indecisive about serving in a ministry somewhere. Whether it is a ministy in the church or outside the church, the most common refrain heard from them is, “I’m just waiting on the Lord.” Fine. But how long do you have to wait? It might be that God is waiting on you. There are some things you don’t have wait on and some things you don’t even have to pray about. You just do them. For instance, you DO the Great Commission (Matthew 28:19-20). You GO into the highways and hedges and compel people to come (Luke 14:23). You SERVE one another in the gifts you have received (I Peter 4:10). You USE your talents rather than bury them or will lose them (Mattnew 25:14-30). You VISIT widows and orphans (James 1:27), which btw, is something the Bible calls “pure religion." The New Testament if full of things like this. We all have a ministry and must find a place to serve. Sure, there's a time to wait. But there's also a time to get off your waiting.

What are you waiting on anyway? It’s not like you are being asked to fight terrorists or contend with a 30-foot tidal wave.
Divided allegiance is just as wrong as open idolatry because in both instances the heart is far from God. "How long will you waver between two opinions?" Elijah asks them. They worst thing you can do is remain in that medicore state of noncommitment.
The strongest words of Jesus Christ Himself that were given to the seven churches in the Book of Revelation, chapters 2 and 3, were given to the church at Laodicea. And the reason is clear: They were in neutral and uncommitted. They were neither hot nor cold. Jesus said, "I know your works, that you are neither cold nor hot; I would rather that you were cold or hot. So because you are lukewarm, and neither hot nor cold, I will spit you out of my mouth" (Revelation 3:15-16). Jesus, your Lord, said that.
Get off the fence of indecision. According to Elijah, you are either for God or against Him, and if you are for Him, then serve Him. And according to Jesus, He would rather have you hot or cold, rather than lukewarm.
on March 15, 2011
Email ThisBlogThis!Share to TwitterShare to FacebookShare to Pinterest
Labels: Church, Devotional, Discipleship, Ministry