The Sifting of Satan 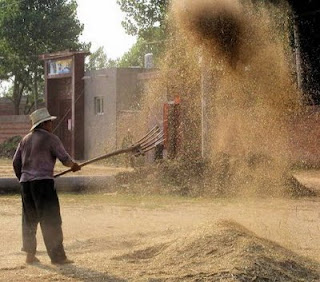 In the Christian journey we often see people we admire. Perhaps it is a pastor, a ministry leader, a seasoned Christian, or some other person. This is normal and natural. In fact, the Bible speaks of church leaders and mature believers as being examples to the flock, etc.

But our perception of these people is often based upon what we see in them outwardly only, not understanding what it took for them to arrive to the place they are at. There are hardships, sacrifices, and discouragements. There have been a lot of battles too; some won, some lost.

If you see someone who is anointed of God and successful, I assure you, they have been sifted like wheat to get there.

For instance, it is easy for someone to walk into a church service at PCC on Sunday morning seeing me on stage and assume that I simply stepped into that role; like it was simply given to me. What they don’t see is the fifteen years my wife and I spent in little churches and very tough assignments that very few others were willing to go to. It was there that the formative training of my ministry were being established. They don’t see me leaving a secure career and entering the ministry with two babies to take care. They don’t see the additional ten years of labor behind the scenes at PCC such as financial sacrifice, being bi-vocational, and the lack of security for my family. They don’t see the criticisms I’ve endured; the betrayals, lies, malice, intent to do me harm, and downright persecutions. They don't know how many times I have been abandoned by people who simply walked away. They know nothing of the sleepless nights, long hours of grinding work, and the fear I have faced. They don't see the twenty-five (25) years it took to get there. They only see the end result and assume it has all been easy street. But the sifting has been very real to me.

Simon Peter is a perfect example of being sifted. Consistently he had to endure tests, trials, challenges, and even his own personal blunders. He left his vocation and source of livelihood to follow Jesus. He sacrificed personal ambition and was sifted by Satan.

Consider these words spoken by Jesus….. Luke 22:31-32 (KJV) And the Lord said, Simon, Simon, behold, Satan hath desired to have you, that he may sift you as wheat: But I have prayed for thee, that thy faith fail not: and when thou art converted, strengthen thy brethren.

Sifting is a process in which grain is violently shaken or agitated to remove its impurities. Satan’s goal in sifting Peter was to shake him to the core, to expose and exploit any weakness he had, and cause him to fail. Satan desired Peter for this sifting because he was the leader among the apostles. In fact, Satan’s plan was partially successful, causing Peter to deny the Lord three times that night.

Though Jesus spoke these words to Peter, but they are spoken to all of us prophetically. To be placed in the hands of Satan for a sifting process is uncomfortable; it's absolutely painful. But often it is necessary for the work that God is trying to accomplish in you. God has the unique ability to take circumstances in life and use them to birth within us a deeper anointing and stronger faith for greater service. When we go through seasons of sifting, we must understand that God is trying to tap into the potential that is inside us.

Jesus also said, “But I have prayed for thee, that thy faith fail not…” There’s great assurance in knowing that Jesus Himself is interceding for us. Although Peter failed, he found his way back. If you are in a sifting process, you WILL make it through. It may take days, weeks, or even years; but you will make it. Your faith will not fail. God is birthing a deep work within you.

The sifting that God is allowing to take place in you is intended to separate the good from the bad. It will cause some things to surface from within you that God wants you to repent of and to put away. Then He will take what’s left and use it for His purposes. You will do exploits.

This is the call of God on your life. Just don’t allow the process to discourage you. If God has allowed you this experience, it is designed to teach you something that can be used as a testimony for Christ.

The ministry is not easy. You don't just step into it. You are sifted into it.