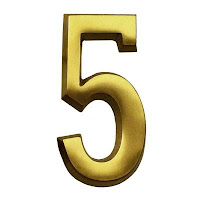 2. This Sunday’s message is “Resisting Temptation.” While it’s applicable to all sorts of temptation, we will be specifically looking at sexual temptation. In a creative moment I thought about giving it the title, “You Can’t Have Your Kate, and Edith Too” but decided against it.

4. The largest earthquake in Japan’s history hit today. It is 10 times more powerful than the one that hit New Zealand three weeks ago. The film coverage of the tsunamis is incredible. Some of the film was recorded live, and I think we were watching people die in their cars as they were swept away. Horrifying.

5. OMG. Did I miss the Rapture? John Piper will be at Saddleback Church with Rick Warren for the Desiring God Conference, April 29-30. God moves in mysterious ways, His wonders to perform.

on March 11, 2011
Email ThisBlogThis!Share to TwitterShare to FacebookShare to Pinterest
Labels: Church