The Call to Panic

It is tempting to get caught up in the rhetoric about politics and the two presidential candidates because it is presented to us that the outcome of this election is the most important of our lifetime. Talk show hosts, advertisements, commentators, musicians, actors, and special-interest groups all speak with passionate emotion about what is at stake and how a wrong choice will cause the demise of .  Some of the talk is downright slanderous.

Call me a cynic, but it seems that every election is presented that same way. Of course there are important issues that must be addressed, and that’s why I will vote.  In fact, I have already decided who I am voting for.  It is good to be concerned for our nation, how it is governed, and to speak up when things are not has they should be.  But all this panic talk is getting out of hand. 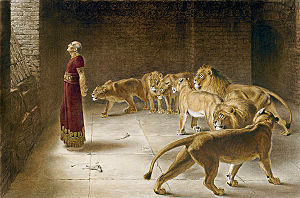 As a Christian I know that I must maintain a larger perspective.

The Call to Perspective

In the book of Daniel we see a man who was taken by force from his own country and transplanted in an alien land.  He survived under three different regimes: , , and .

I’m encouraged by the fact that Daniel did not see any of these earthly kingdoms as his ultimate authority.  To him it did not matter which person or country had the upper hand; God still remained in control.  Daniel remained steadfast in his worship even in the midst of social and political chaos.

No matter how the next election turns out in November, God remains in control and no one can thwart His plan.

When I was in my 30s politics fired me up.  Now in my 50s, not so much.  I have lived long enough to see fourteen presidential terms come and go, and now realize that things haven’t changed very much…. regardless of who or which party has been in the White House.  So why get so worked up?  Why succumb to the panic?

More and more I rest in the fact that God is still sovereign and the sun still comes up tomorrow.

on October 01, 2012
Email ThisBlogThis!Share to TwitterShare to FacebookShare to Pinterest
Labels: Politics