This is a pile of my seed potatoes (red and white).  I have Red La Soda and Kennebec White.

The red potatoes are thin skinned.  A lot of the flavor is contained in the skin which makes them good for boiling (with skin on), mashed (with skin on), or as breakfast hash browns (with skin on).  They are best served when fresh (or new) because the bright red color of the skin begins to fade after a few months.

The Kennebec Whites are new for me this year.  I've never planted them before, so this is a trial run.  Kennebec are now considered one of the most popular potatoes in restaurants (and even among chefs -- sometimes being listed on the menu by name) because of their flavor and growing popularity. They are also reported to be the perfect potato for making fries.  I'll be putting that claim to the test. 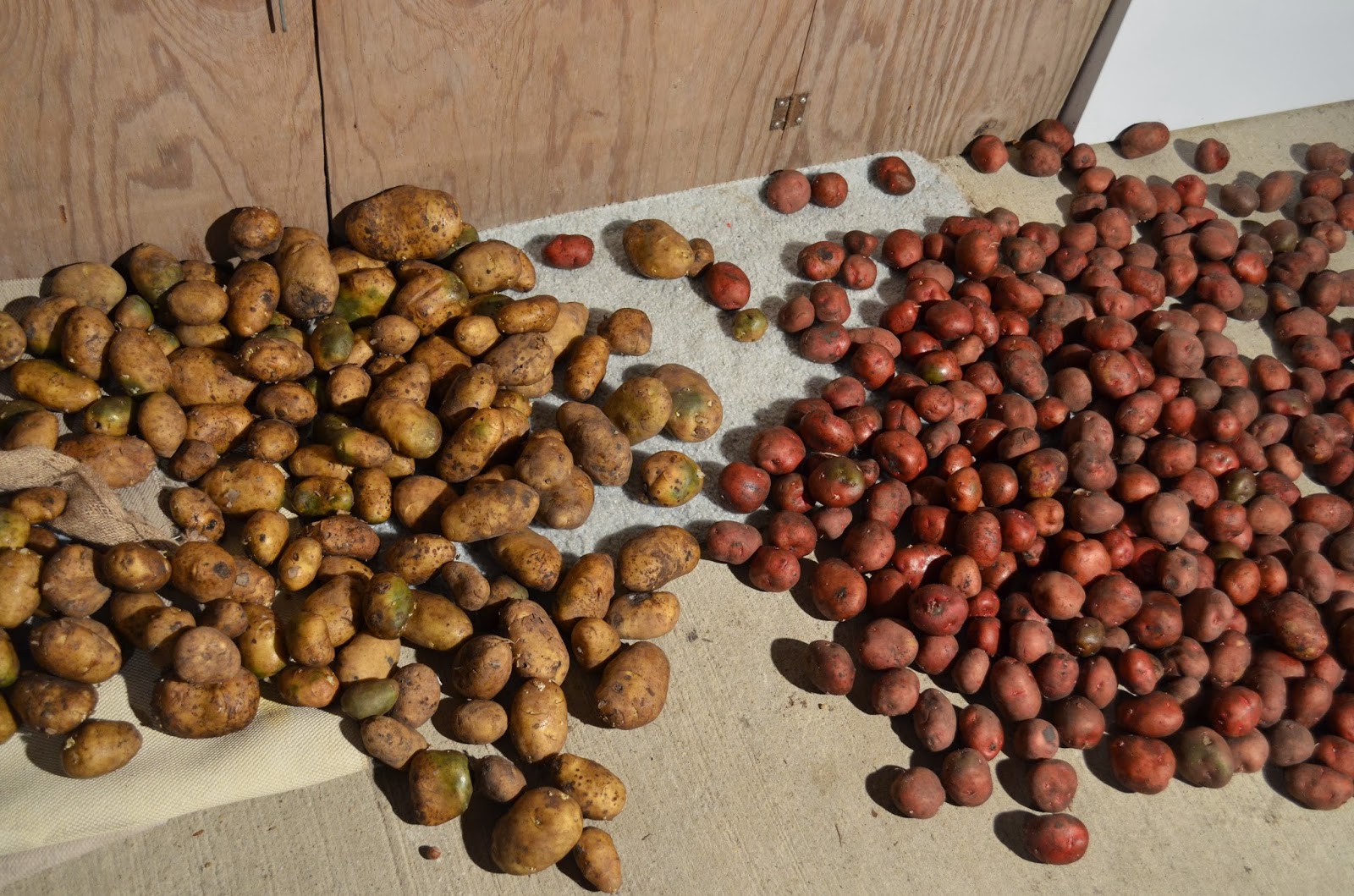 The picture below is of the largest potatoes that have been cut in half (or quartered) - increasing the amount of seed I can plant.  Large (seed) potatoes should be cut to a smaller size with a least two sprouting eyes on each section.

I will let the cut "heal" for a few days (dry out) before planting.  If I plant them while still wet, they could easily rot.

I intend to plant this Saturday. 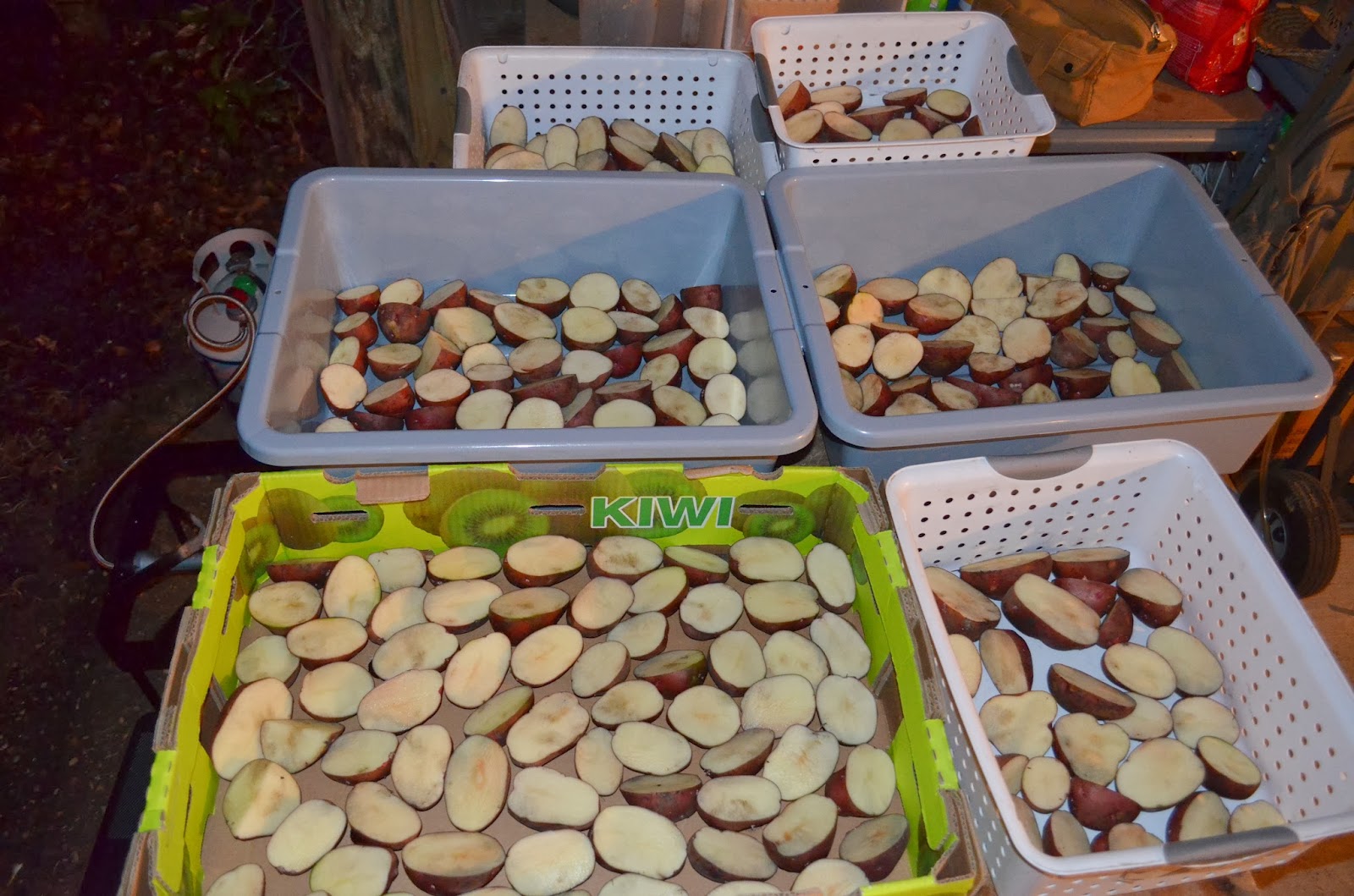