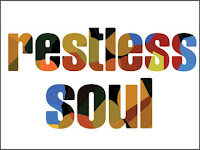 Every notice how people get restless? Some people are so restless that they are perpetually unhappy, change jobs frequently, leave marriages, and change churches with as much ease as one might change socks.

I counsel with married couples sometimes and they complain of being restless. The fire has worn off and now they have to settle down into a life of real-world living. They are restless because the seven-year itch has settled in. But the marriage vow says “for better for worse.”

Seasons of restlessness come over everyone of us. Whether it is our job, our friendships, marriages, or the church we attend, it comes. It comes to us all. But here is the big question:

Is restlessness the thing that should move us?

The main problem with people who allow restlessness to move them from place to place is they never develop roots. They end up with a rootless life and an unfruitful ministry. Too many people mistake their feelings of wanderlust with the leading of God. Granted, sometimes God moves His people where He decides, but my observation as a pastor is that most people are just easily discontented.

Consider church. PCC is now twelve years old. Over that time we have seen a lot of people come and go for a variety of reasons. Many just got restless and moved on. A spirit of wanderlust drives them. Yet, during that same twelve-year period many of our people have stayed the course at PCC. Sure, they felt restless at times, but decided that it would be best for them to just weather the season and be a blessing to others and support the work. It has been hard for them to see friends move on, but they stayed planted in the place God wanted them to be.

Interestingly enough, in recent months some of the old friends have come back. More importantly, after a long dormant season our church has begun to re-blossom as new families, new couples, young and old alike, and a fresh influx of teenagers are joining themselves with the PCC family. And the people who have stayed with us during the changes are glad that they did, because they are now recognized as true elders in our fellowship, pillars that have seen it all, yet stayed as support beams providing stability for us when everything seemed unstable.
It's going to be easy to identify our next season of leaders. They've already identified themselves by proving themselves.